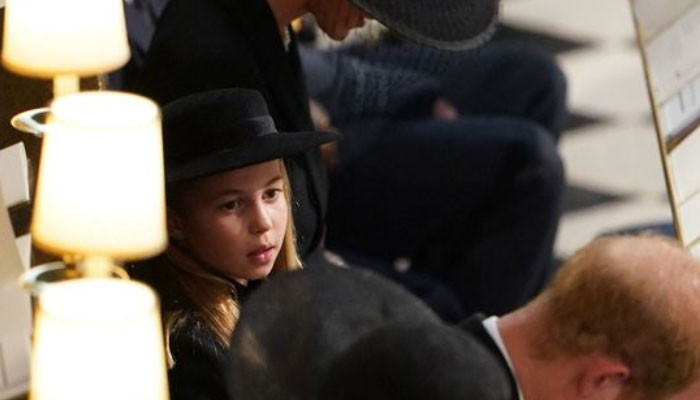 
Princess Charlotte caught the eye of her uncle, Prince Harry, in a candy alternate throughout Queen Elizabeth II funeral.

The  duo, that accompanied the remainder of the royal household  at Windsor Fort’s St George’s Chapel, shared a second collectively earlier than  Her Majesty was laid to relaxation.

In an cute second caught on digital camera, Charlotte is seen adjusting her cat earlier than she smiles at uncle Harry.

“I believed I simply caught a bit alternate between Harry and Charlotte. I hope somebody captures it on digital camera,” one consumer on Twitter reacted.

“Cute little smile between Harry and little Charlotte,” one other commented.