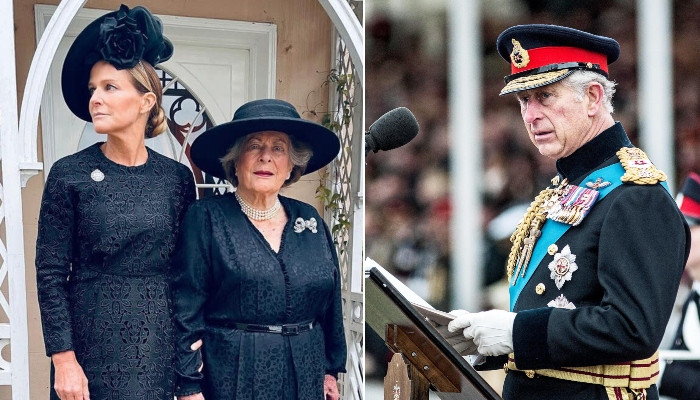 The British designer and businesswoman turned to her Instagram and shared that it was a ‘privilege’ for her to pay her closing respects to the late monarch.

She posted an image of her and her mom, Woman Pamela Hicks, and detailed how significant it was to be part of the Queen’s historic state funeral companies.

“What a privilege. To have seen the solar set over Westminster Abbey final night time and to return in the present day, beside my mom, for the State Funeral, adopted by the Committal Service in St. George’s Chapel, Windsor,” she wrote.

“‘Service in life, hope in dying’ mentioned the Archbishop of Canterbury. God Bless The Queen. Lengthy Stay The King,” she concluded her put up.

Hicks, 55, is the granddaughter of the Queen’s cousin Louis Mountbatten, and was a bridesmaid at Charles’ marriage ceremony to Princess Diana.

Final week, she shared one other tribute to Her Majesty on her IG deal with following the announcement of her dying on 8 September.

Together with a throwback photograph of the late monarch, Hicks praised the Queen for her 70 years on the throne.