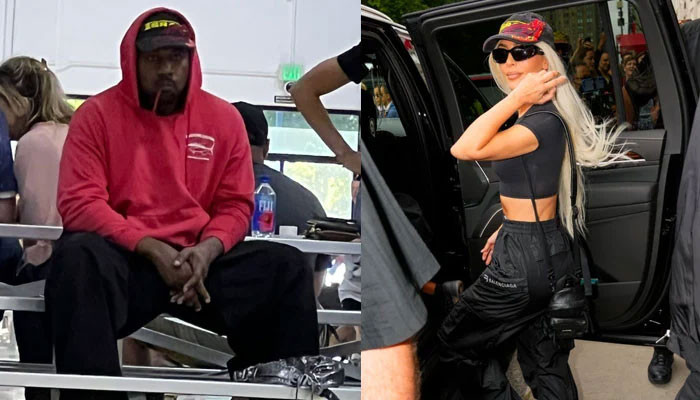 Fans are convinced  that Kim Kardashian and Kanye West’s feud is over and they are on good terms.

Netzines pointed out that the 41-year-old reality star rocked the same hat that the 45-year-old hip-hop star sported just a few days earlier in Lon Angeles.

The Donda 2 hitmaker wore a red and yellow print cap when he attended daughter North’s basketball match with Kim on Friday.

The former couple maintained their distance at the game by sitting separately in the stands while cheering up their daughter.

Just a few days later, Kim was also papped wearing the exact same hat she stepped out with her sons Saint, six, and Psalm, three, in New York.

Reacting to the Skims mogul’s recent outing, fans wrote on Reddit, “Kim is wearing the same hat that Kanye had on a few days ago. I TELL Y’ALL KIMYE IS STILL ALIVE!!!”

“Regardless if it’s actually his hat or not, this was definitely a strategic move,” another fan commented.

“My initial thought is that they’re on better terms and even though Kanye had a big problem with Pete meeting the kids before, even after Saint being with him in public, they are on good terms and Kanye is accepting of the situation,” a third fan wrote.