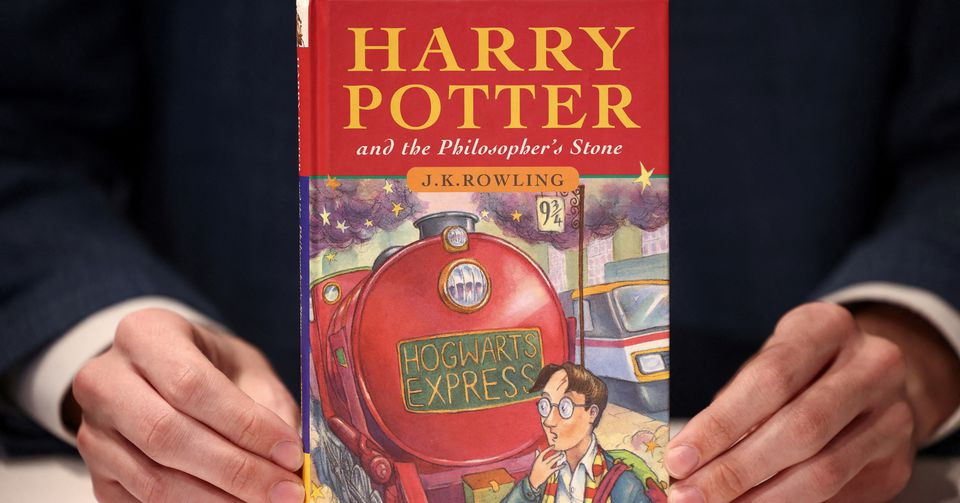 
When Bloomsbury Publishing founder Nigel Newton brought home a manuscript for Harry Potter and the Philosopher’s Stone by a then-unknown JK Rowling, his daughter Alice described it as “possibly one of the best books an 8/9-year-old could read”.

Twenty-five years later, it is one of the best-selling novels ever to capture the hearts and minds of children around the world. “I gave it to Alice who took it upstairs … we had chapters up to Diegan Alley at that point,” Newton told Reuters. “Dad, this book is better than what you showed me,” she said, floating down the stairs an hour later.

Sunday marks 25 years since Rowling’s first book about the magical world of witches and wizards was published, having faced rejection until Bloomsbury took her work on with an advance of £2,500.

Her story went on to become a massive hit around the world, spawning a whole series of books and a huge film franchise. “Did we know that it would sell over 500 million copies by the summer of 2022? No, but we did know it was a great piece of writing,” Newton said. “It was children and not their parents who were the original adopters of this book. It was a complete grassroots phenomenon.”

Those children would queue for hours in front of bookstores awaiting the latest installments of Harry’s adventures, which culminated with 2007’s Harry Potter and the Deathly Hallows.

For some, like Jacqueline Hulbert, now 23, it also helped them to enjoy reading. “It was just phenomenal. It was nothing like I had tried to read before because the story was gripping enough that I wanted to keep trying to read it. Because unbeknownst to muggles (those lacking magical powers in the books), there was like this hidden world in plain view, almost,” she said.

The image of Harry in front of the Hogwarts Express, the train taking him to the famed magical school, is one of the most recognisable book covers in children’s literature. It was done by author and illustrator Thomas Taylor in his first work commission. Taylor, then 23 and working in a children’s bookshop, had dropped off a sample portfolio depicting dragons at Bloomsbury.

“A few days later the phone rang, and it was Barry Cunningham from Bloomsbury asking me whether I’d like to do the cover art for a new book by a new author no one had heard of,” Taylor, known for the Eerie-on-Sea children’s books, said. “I was pretty excited so I said yes. And, of course, I had no idea what it would go on to become.”

Previously, the first edition of Harry Potter has sold for $471,000 in the United States in what the auctioneers said was a world record price for a 20th-century work of fiction. The hardback 1997 British edition of Harry Potter and the Philosopher’s Stone, with a colour illustration on the cover, was described by Heritage Auctions as “magical, incredibly bright and so very near pristine.” The book was published in the United States as Harry Potter and the Sorcerer’s Stone.

The Dallas-based auction house said only 500 copies with the specific binding were printed. The final price was more than six times the pre-sale estimate of $70,000. Previous auction prices for Harry Potter first editions have ranged from about $110,000 to $138,000.