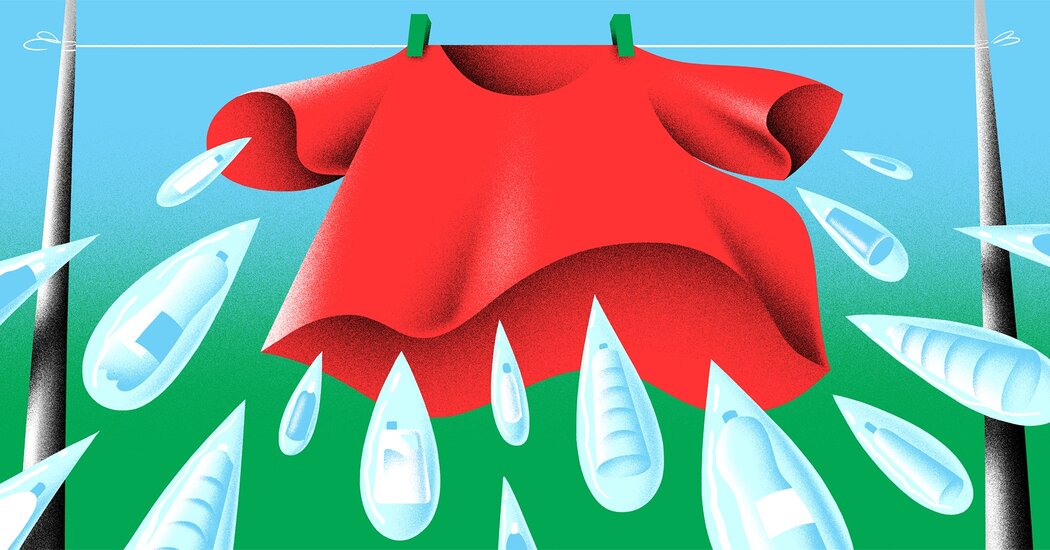 This essay, by Evelyn Wang, age 17, from Naperville North High School in Naperville, Ill., is one of the Top 11 winners of The Learning Network’s Ninth Annual Student Editorial Contest, for which we received 16,664 entries.

We are publishing the work of all the winners and runners-up over the next week, and you can find them here as they post.

How Fast Fashion Became Faster — and Worse for the Earth

The spring dance is in two weeks, and my friend needs help choosing a dress. She beckons me to her phone where an endless mosaic of elegant dresses, not one over $20, dances before my eyes. After much deliberation, she settles on a glamorous sapphire gown with pleated details lining the bodice. Another two weeks later, the dress carpets the bottom of a landfill, worn only once.

Welcome to the world of fast fashion.

Fast fashion is a relatively recent phenomenon. During the 1990s, retailers began to introduce trendy, cheaply-priced, poorly-made clothes on a weekly basis, intending to match the breakneck pace at which fashion trends move. Style became cheap, convenient and consumable.

Fast fashion, however, is ultimately a privilege. It is a privilege to buy clothes solely for their style, and it is a privilege to ignore the environmental consequences of doing so. In reality, the aggressive cycle of consumption perpetuated by fast fashion means that the clothes we wear are now more likely than ever to end up as part of the 92 million tons of textile waste produced annually.

During the pandemic, as stores closed, consumers ditched fast fashion staples such as H&M and Zara, instead opting to order from e-commerce social media sensations such as Shein and Asos. (Shein is now valued at $100 billion, more than H&M and Zara combined.) These brands represent an escalation of both fast fashion and its environmental toll.

These fast fashion newcomers thrived during the pandemic because of their unique business models. They exist entirely online, allowing them to ship the thousands of new styles they release daily to consumers directly from their warehouses, avoiding supply chain snags and U.S. import duties in the process. Meanwhile, a reliance on cheap overseas labor and synthetic textiles keeps prices irresistibly low.

These practices, however, are hurting the Earth more than ever before. Because these retailers rely solely on international shipping to move their products, they only exacerbate the annual billion tons of greenhouse gasses released by shipping. Virtually all of these brands sell clothes that contain petroleum-based, resource-intensive synthetic fibers such as polyester and nylon. During their lifetime, these fibers are responsible for 35 percent of the microplastics contaminating our oceans and can subsequently take centuries to decompose in landfills.

Though fast fashion represents an understandably alluring combination of style and savings, now, more than ever, we simply cannot quantify the true cost of our clothing with a price tag. When consumers want to update their wardrobe, they can do so sustainably by thrifting, reworking old garments or researching environmentally-conscious brands.

For now, I’ll be at my next school dance rocking the same dress I did last year.

Okamoto, Katie. “Your Laundry Sheds Harmful Microfibers. Here’s What You Can Do About It.” The New York Times, 21 April 2021.