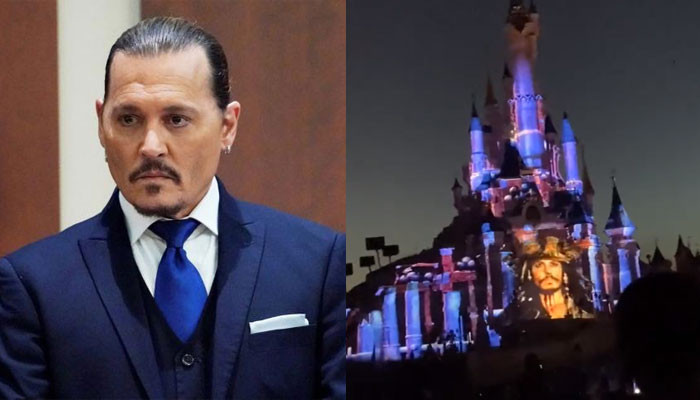 Johnny Depp finally reclaimed his spot  in Disneyland as his character of Captain Jack Sparrow was recently projected onto the iconic castle after four years.

During the famous light show at the adventure park, Depp’s iconic character made a surprise appearance for the first time since he was accused of abusing Amber Heard in 2018.

Soon after Heard made the allegation in her The Washington Post op-ed, Disney seemingly distanced itself from the Hollywood A-lister.

The franchise’s chief Sean Bailey confirmed in 2018 that Depp was no longer a part of the famed movie series.

Now that Depp has won his defamation lawsuit against his ex-wife, there’s a high possibility that he would reprise his role in Pirates of the Caribbean.

However, no official statement in this regard has been made so far.

As soon as Depp’s huge projection lighted up the castle, a loud cheer by fans, mixed with the series’ theme music, echoed across the park.