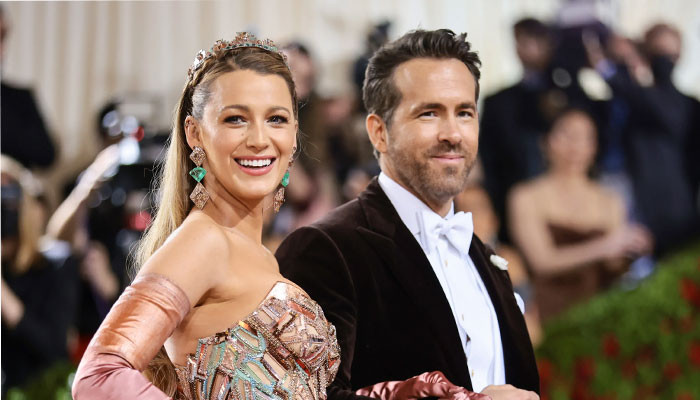 Ryan Reynolds and wife Blake Lively are “still very much in love” as they share an unbreakable bond even after spending almost a decade together as per a recent report.

The Hollywood’s one of the most beloved couple is  “head over heels” for each other as they are gearing up to celebrate their 10th marriage anniversary in September this year.

“Blake and Ryan have this unbreakable bond as a couple,” an insider spilled to Us Weekly before adding “They’re still very much in love.”

“Usually being married for almost 10 years, couples change or grow apart, but not them,” the source continued. “They are still head over heels for each other.”

The power couple, who shares three daughters together, is “very secure in their relationship” amid their busy schedules according to the source.

Previously, in an interview with Entertainment Tonight, the Adam Project actor revealed the secret to their happily married life.

“We don’t take each other too seriously, but we’re also friends,” he told the outlet. “Falling in love is great, but do you like each other? That’s kinda the question you gotta ask yourself, you know, going into it.”

“We’ve always liked each other. We grow together. We learn from each other. So yeah, I’m lucky to have a buddy in that,” he added.

Lively will soon be making her directorial debut with film Seconds whereas Reynolds will focus on his business endeavours as he plans to spend more time with kids.