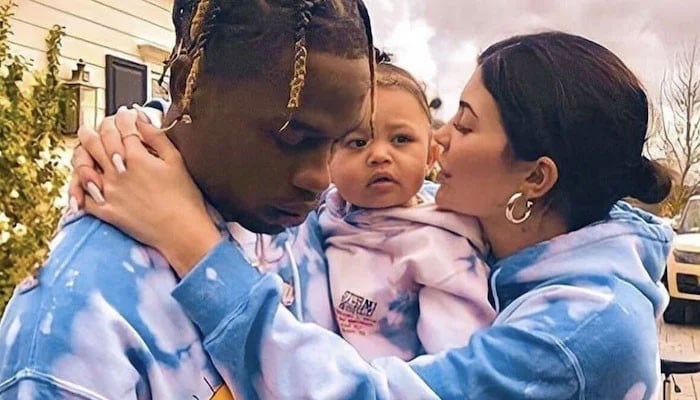 Kylie Jenner recently left fans swooning over her son as she dropped an adorable photo of her second child spending a gleeful time with his dad Travis Scott.

Taking to Instagram, the Kylie Cosmetics mogul took the charge to shower love over her beau on Father’s Day.

“Happy father’s day daddyyyyy we love you,” she captioned the photo in which the baby boy can be seen sleeping on Scott’s chest while the couple’s four-year-old daughter Stormi captured lying beside the rapper.

The post sparked a massive response from Jenner’s millions of followers as it garnered more than 4 million likes within two hours.

However, fans were all saying the same thing in the comment section as they all appeared interested in Scott-Jenner’s second born’s name.

“ok but when are we gonna know his name,” one fan commented while another added, “so like what’s your kid’s name”.

The couple has remained mum about their son’s name after revealing in February that the child’s name was no longer Wolf.

“It didn’t feel like him,” Jenner explained the reason the baby boy’s name was changed.