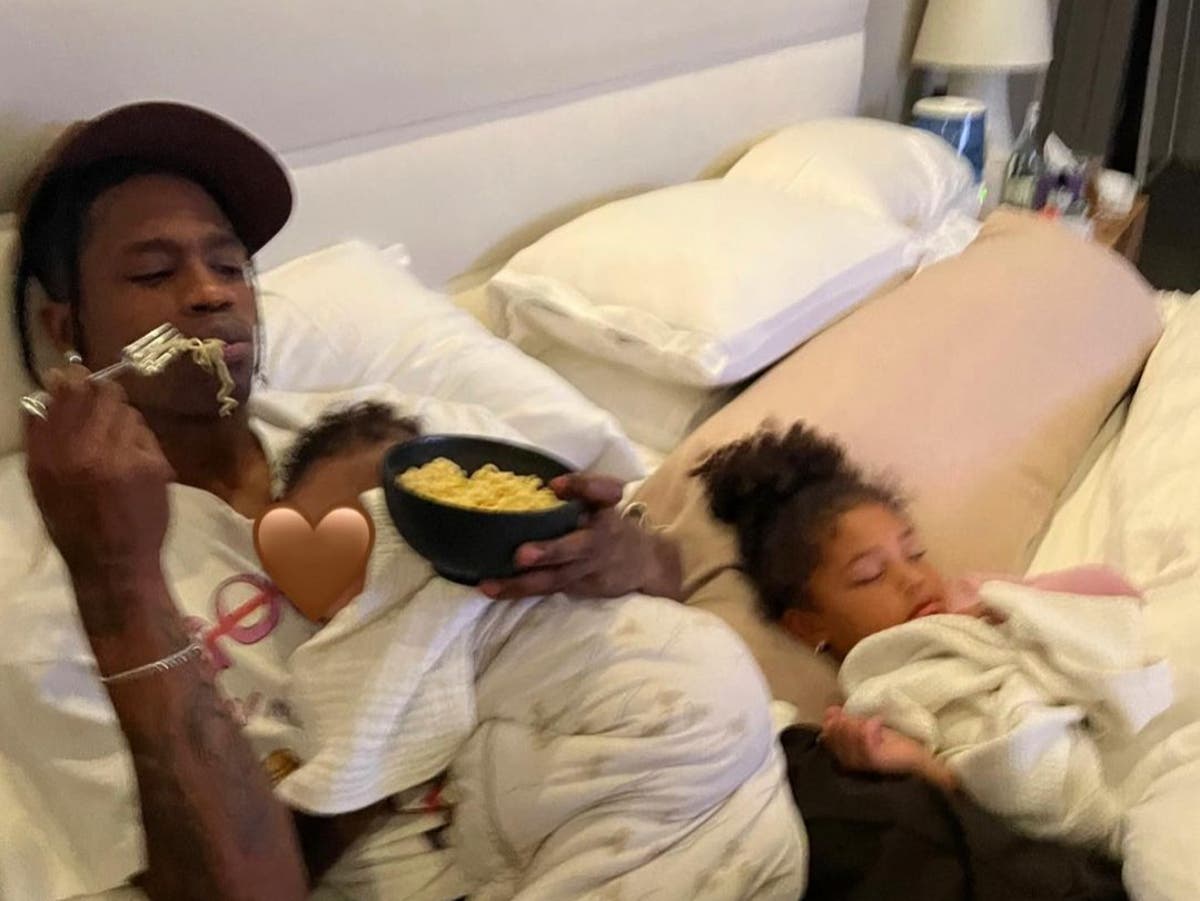 Kylie Jenner has shared a picture of Travis Scott cuddling their newborn son in a sweet tribute to the rapper on Father’s Day.

Taking to Instagram on Sunday 19 June, the Kylie Cosmetics founder posted a photograph showing Scott lying in bed with the couple’s two children.

Their four-year-old daughter, Stormi Webster, was pictured fast asleep next to Scott, who appeared to be eating a bowl of ramen noodles while holding their baby son.

Jenner protected their baby boy’s privacy by placing a small brown heart over his face.

“Happy father’s day daddyyyyy we love you [sic],” she wrote in the caption.

Scott replied in the comments, leaving a string of red and brown heart emojis.

The Kardashians star also shared a second photograph of Scott and their son wearing matching shoes from the rapper’s upcoming collaboration with Nike.

In the image, which only shows the bottom half of their legs, the father and son are seen wearing Air Jordan Low trainers in the style “reverse mocha”.

Since welcoming their son on 2 February, Jenner and Scott have protected his privacy by not sharing any pictures of his face.

The couple previously announced that they had named him Wolf, but later said it “didn’t feel like it was him”.

“We just really didn’t feel like it was him. Just wanted to share because I keep seeing Wolf everywhere.”

The child’s new name has still not been revealed.

Also in celebration of Father’s Day, Jenner hosted a lavish event at her home.

Their daughter Stormi was seen in the garden after taking part in a painting session.

The youngster had created a picture of herself and Scott, with the words “Daddy” and “Stormi” written in green paint.