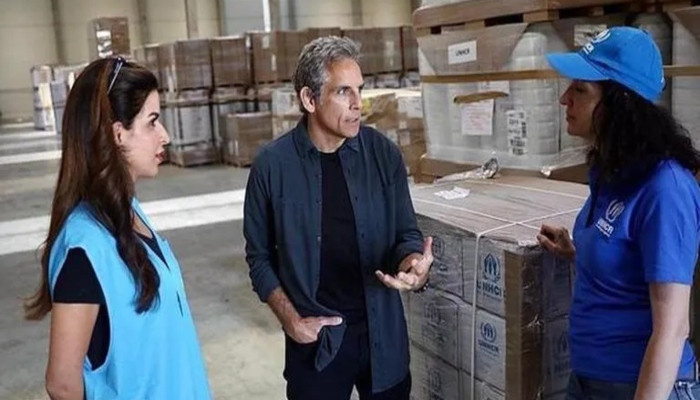 Ben Stiller arrived in Poland to meet the Ukrainian refugees forced to flee Ukraine amid the Russian invasion.

On Saturday, the award-winning actor, 56, who is a goodwill ambassador for UNHCR – the UN refugee agency, shared a picture on his Instagram, showing him conversing with UNHCR volunteers.

Stiller, who is a goodwill ambassador for UNHCR – the UN refugee agency, posted on Twitter as he arrived in the country on Saturday.

Sharing the details of his visit, he wrote on his Instagram, “I’ve just arrived in Poland with UNHCR, to meet families whose lives have been torn apart by war and violence in Ukraine. Millions have been forced to flee their homes with over 90% being women and children.”

“I’m here to learn, to share stories that illustrate the human impact of war and to amplify calls for solidarity,” the Night at the Museum actor shared.

He concluded his note saying, “Everyone has the right to seek safety. Whoever, wherever, whenever.”

Stiller marked his visit to Poland ahead of the World Refugee Day on June 20.

The Zoolander actor started working with the UNHCR in 2016 and has travelled with the body to meet refugees in Germany, Jordan, Guatemala and Lebanon.