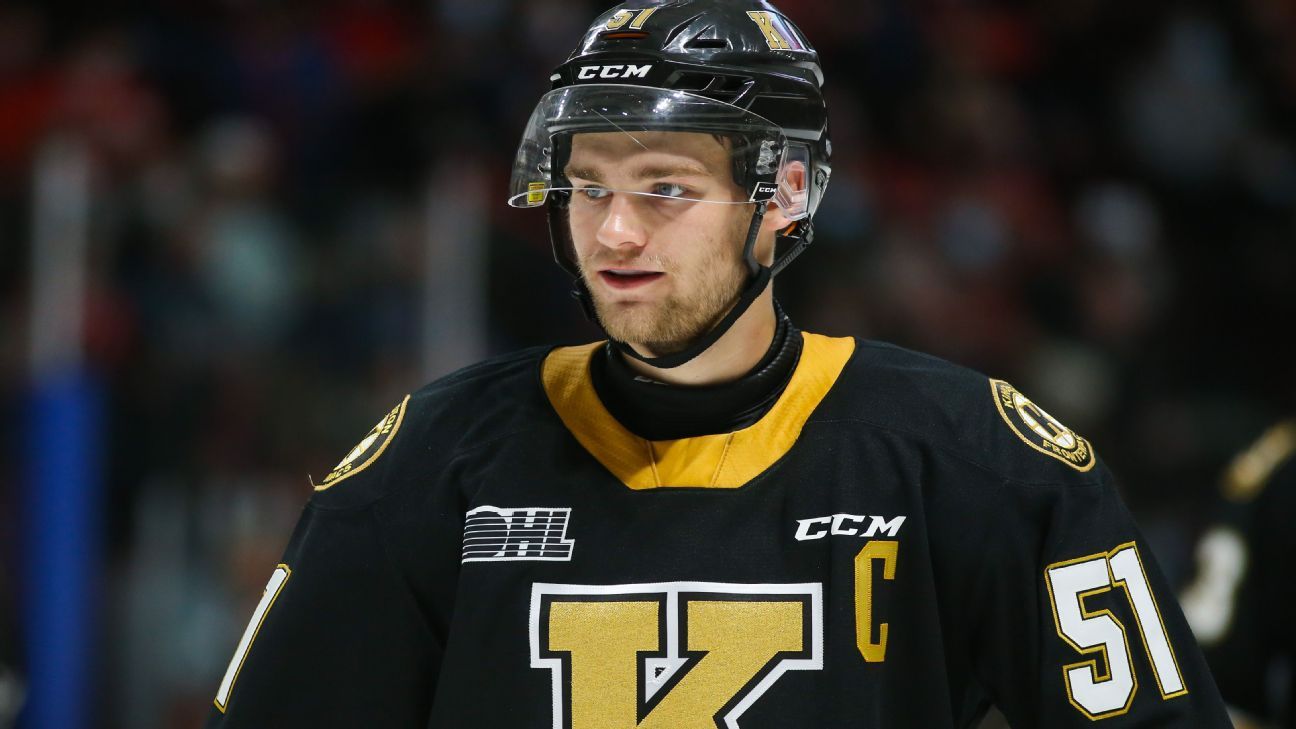 DENVER — Shane Wright wants to be the first overall pick taken by the Montreal Canadiens in next month’s NHL draft. He also knows it’s not his call.

“I have my own opinion on where I believe I should go, but at the end of the day, it’s out of my control now. What my opinion is, what I say, what I think, it doesn’t matter now. It’s in the hands of Montreal and their management,” Wright said in a meeting with media before Game 2 of the Stanley Cup Final on Saturday. “Obviously, I’d like to be the first overall pick. But at the end of the day, it’s not my decision.”

The Canadiens hold the first overall pick, having won last month’s draft lottery. Whoever goes first overall, it’ll be an extraordinary moment in Montreal, as the draft is scheduled on July 7 at Bell Centre — the first time since 1985 that the host city also holds the top pick.

Wright has been considered the top prospect in this draft class for several years. He was granted exceptional player status for the 2019-20 Ontario Hockey League season as a 15-year-old, becoming just the sixth player allowed early entry into the league. Among the others were NHL stars Connor McDavid of the Edmonton Oilers and John Tavares of the Toronto Maple Leafs.

But as the draft draws closer, there has been some doubt about Wright going first overall. He isn’t considered to be a franchise-level talent the way McDavid or Auston Matthews were. There are other intriguing players at the top of the draft, such as Slovakian winger Juraj Slafkovsky and center Logan Cooley of the U.S. National Development Program.

What was once a sure thing is a little less so for Wright, with the New Jersey Devils at No. 2 and the Arizona Coyotes at No. 3.

“I’ll embrace whatever market I get drafted into. It’s the NHL. I’m happy with whatever situation I end up in, whatever team drafts me,” Wright said.

One thing Wright said he isn’t doing: reading the many mock drafts being published leading up to draft.

Prospect Matthew Savoie has played against Wright since the two were 12 years old. While Wright plays it cool, Savoie said going first overall matters to him.

“I think he really wants to be the top pick,” he said. “There’s been a lot of talk, a lot of speculation. But he’s a great player all around. He works hard, plays the right way. Whichever way Montreal goes, it’ll be a good pick.”