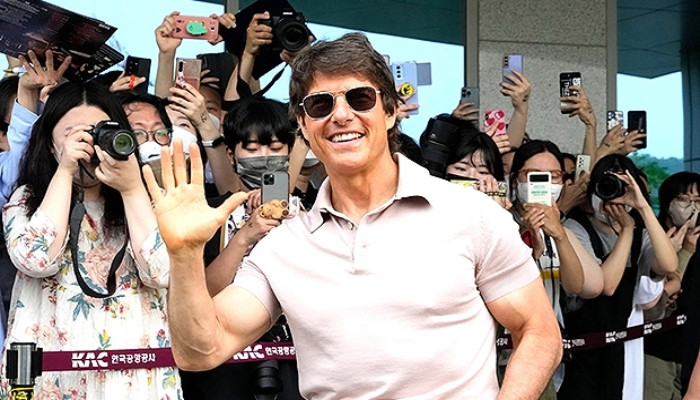 Cruise, who reprised his iconic role of a Navy Pilot, Lt. Pete ‘Maverick’ Mitchell in the sequel of 1986 hit Top Gun, landed in South Korea on Friday to surprise his fans.

The Mission Impossible star, who turns 60 in two weeks, put a pause on the shooting of M.I: 7 to fly down to Seoul for the promotional tour of Maverick.

Cruise looked stunning in the tight-fitted beige polo shirt, leaving his ripped arms on full display. He donned his aviator glasses as he waved to the crowds of fans who waited for him at Gimpo International Airport.

The American Made actor also grinned while holding his hand like a heart (famous Korean gesture) and posed for photographs.