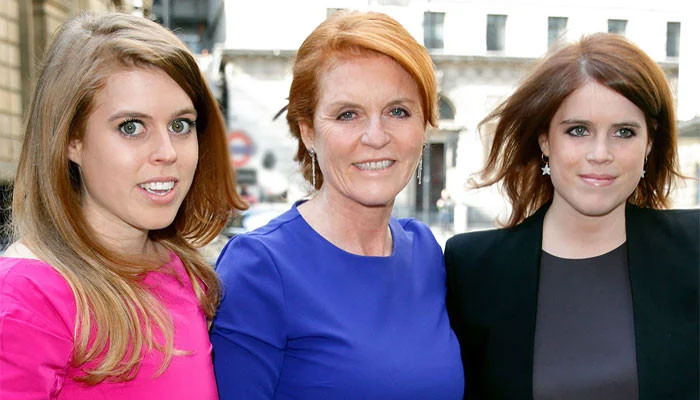 Sarah Ferguson is talking about her  intimate bond with daughters.

Ferguson, who shares Princess Beatrice and Princess Eugenie with Prince Andrew, says that she has a phenomenal relationship with her offsprings.

Speaking to Iain Dale for his LBC podcast, Prince Andrew’s former wife said that she and her daughters call themselves “the tripod”.

She added: “We are just so lucky.

“I have a great, really phenomenal, relationship with them.”

She continued: “Beatrice always says to me, ‘mum, you know, I want Sienna and I to have the same relationship as you and I have’.”

The mother-of-two added: “I said, well, the secret of what I did with you was A, I never forgot that once I was a teenager and slammed the door.

“Two, I think that you have to remember that when children are very little they talk about their fears as dragons.

“When they get to teenagers, they go slam the door and they don’t know how to express this anxiety feeling inside of them and puberty and going through this”.

She continued: “[and] this is why I do the teenage counseling and have done for 30 years actually.