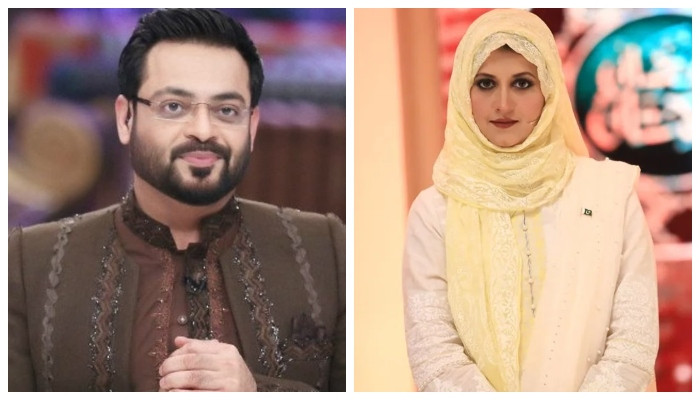 Bushra Iqbal-the former wife of TV host and Islamic scholar Aamir Liaquat Hussain is reacting to the  High Court’s decision of performing an autopsy on Hussain.

Dr. Aamir, who died under suspicious circumstances, will be exhumed for autopsy as per orders of the Sindh High Court.

Bushra has raised several questions about the High Court’s decision of performing an autopsy on the dead body of the 50-year-old televangelist, Hussain.

She has urged fans to be vocal about it as the autopsy is a painful procedure for dead people and Islam doesn’t allow it.

She wrote on her Twitter, “All of you who are the fans and admirers of late Amir Liaquat Hussain, are you in favor of postmortem of Dr. Aamir Liaquat, do you want his body to go through this procedure? Do they want their contentment after giving the torture and pain to the dead body? Shari’ah doesn’t does not allow this act, dismemberment of the dead and exhumation of the grave is forbidden in Islam. Allah is watching everything. #AamirLiaquat”

She further said, “For those referencing possible murder: According to the Civil Surgeon’s external examination, there were no signs of bruises, fractures, injuries and violence marks on the body of the deceased. From this point of view as well a post-mortem would be purposeless.#AamirLiaquat”

She also said that those who are demanding post-mortem were lost when he needed them, he could not even do the Air travel just because of the torture and depression and now those people are coming up for a favor.

She also posted the picture in which the procedure of Autopsy was narrated, the procedure is performed after cutting and inserting needles and instruments into the body.

She asked fans to give their opinion and they were coming up with their views.