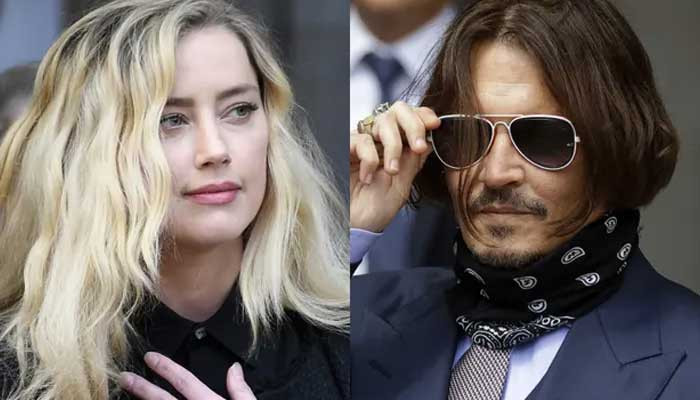 Amber Heard has come under fire over her  tell-all interview after losing defamation trial against Johnny Depp.

Heard, according to some fans and experts, tried to make the verdict controversial, as she alleged that social media and Depp’s popularity played a major role in her defeat.

The 36-year-old actress, during her chat with Savannah Guthrie, said: “The vast majority of this trial was played out on social media. I think that this trial is an example of that gone haywire, gone amok. The jury’s not immune to that.”

She added: “Even the most well-intentioned juror, it would have been impossible to avoid this.”

The watchers, social media users and Depp’s fans reacted in their own way, blasting the Aquaman actress, with one wrote: “Wow, just wow. This woman will just not give up. There was no evidence that she was physically abused but there were mountains of evidence on how she verbally, physically and financially abused JD.”

Another reacted: “I don’t think she realizes yet just how done she truly is, the 6 years of riding on those lies must’ve really bolstered her ego.”

The third one, reacting to her clip of her interview, went on: “She’ll be witchhunted/boycotted for every single small role she’ll ever have for the rest of her life, it’s done.”

Another responded: This has absolutely boiled my blood!! Why is this woman being given air time to continue to spread her lies?!?!? She sat in that court and said she just wanted Johnny to leave her alone! But it is her who will never stop! She will never stop spreading her venom at every opportunity!”

One fan quipped: “The whole world could access to this case in the same time with the jury and that’s how we knew she was lying. But no, according to her, the whole world is bad, mean, crual but her. She is the only person on this earth who is perfect, nice and who is right even if she is wrong.”

Amber Heard’s credibility was suspect throughout the duration of the trial, the juror said. Besides how she acted on the stand, several other factors led the jury to believe Heard was not credible, the juror said.