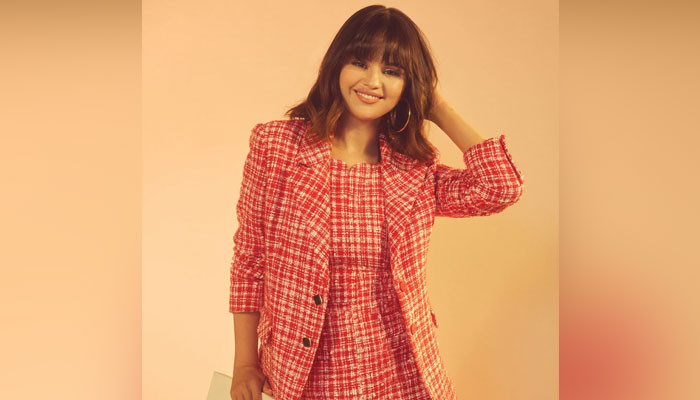 Selena Gomez has recently disclosed that she doesn’t go on “social media” as she believes in owning imperfections which is “unimaginable to attain” in this virtual world.

In an interview with The Hollywood Reporter, the Only Murders in the Building actress was questioned about receiving harsh feedback from the fans on social media.

“Being in the public eye, I think it’s really unfair. I actually did an album cover and I was really ashamed after I did it mainly because of the feedback I received,” she replied, adding, “it was a choice that I wasn’t necessarily happy that I made, but I think that I’ve done my best, at least I try to be myself. Sometimes I like to feel sexy, but that doesn’t mean it’s for somebody else. It can be for me.”

The singer-actor further pointed out that she had no qualms about her imperfections and felt happy to move beyond her Disney persona.

“I’ve done a pretty good job of removing myself from that because I’m pretty honest about my imperfections,” she said.

The Heart Wants What It Wants crooner remarked, “I took control of the narrative of my life once I started becoming older because, growing up, I didn’t really have a choice.”

She continued, “Now I understand that there are certain boundaries that I need to set for myself, and I respect and adore so many people, but I’ve got to do what’s best for me.”

Selena also revealed that she has not been using social media for quite some time and the reason, she mentioned, “you are seeing all of these other people [post these images] and I can’t look that way. It’s impossible”.

“I don’t find it attainable and the moment I’m not on it, everything else becomes real,” she concluded.