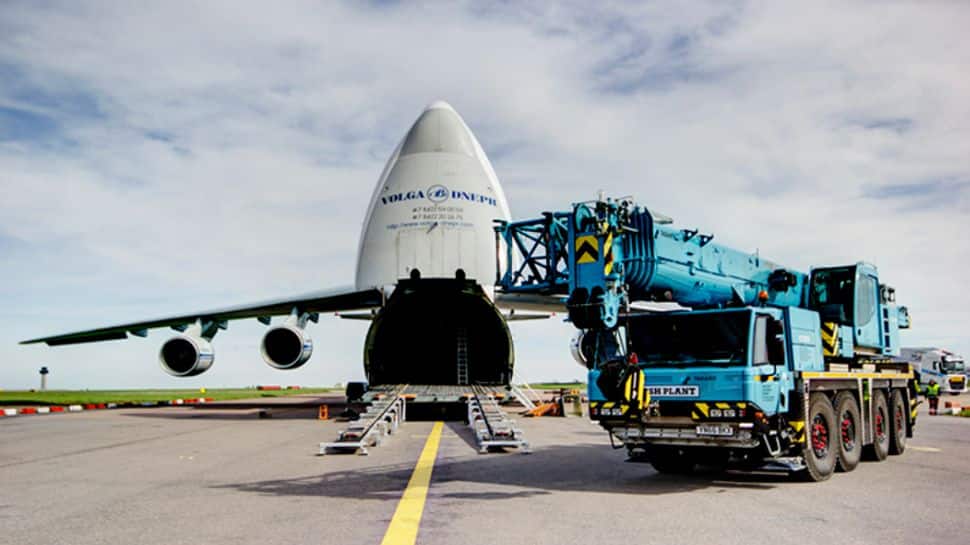 It is common knowledge that planes are expensive to fly and maintain. However, planes are equally expensive to park as well. A Russian plane Antonov An-124 parked at Toronto Pearson Airport, has been collecting the parking fees at the rate of $1,000 per day. The cargo plane operated by Volga-Dnepr has been parked at the aforementioned airport since February 27 following the closure of the Canadian airspace for Russian aircraft, as per Simple Flying’s report.

Based on the reports, the Volga-Dnepr An-124 has now collected parking fees of more than $100,000 (around Rs 77.99 lakh) since the closure of the Canadian airspace. The aircraft has been on the ground since Canadian Transport Minister Omar Alghabra announced the of closing the Canadian airspace for the Russian aircraft.

It is to be noted that the parking rates at the Toronto Pearson Airport are $1,065.60 (around Rs 83,102.95) for 24 hours. When you get into the maths of the parking charges, it adds up to $0.74 (around Rs 57.71) per minute. Moving forward, the aircraft has been stuck there for more than 108 days and counting. Moreover, as of now, there is no sign of Canadian airspace opening for the Russian planes.

On its last cargo mission, the Antonov An-124 was delivering rapid COVID tests. The plane arrived in Toronto from China on February 27th via Anchorage and Russia and was scheduled to depart shortly after. During that brief period, however, Canada declared that it had closed its airspace to all Russian aircraft, leaving the An-124 stranded at the airport.

Based on Simple Flying’s report, the plane is being stored in a ‘secure location’, but there is no information if any amount of the accumulated parking charges has been paid yet.

It is to be noted that the plane in question is the Volga-Dnepr Antonov An-124 registered as RA-82078. It has been part of the Russian cargo carrier fleet since its induction in 1996 and is one of the 12 units of the An-124s in the Volga-Dnepr’s fleet. The plane has been made by the same company Antonov which made the An-225, also known as the world’s biggest plane.