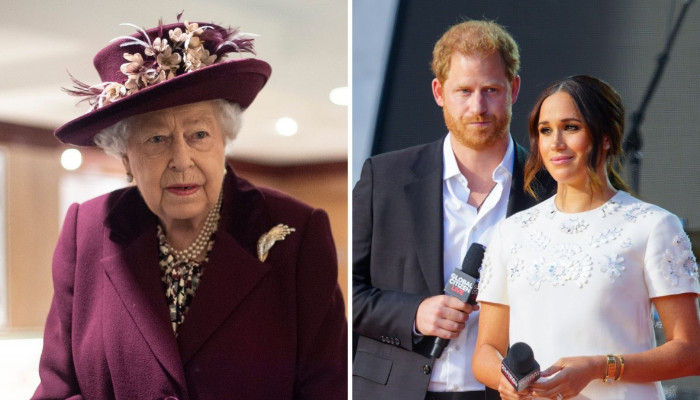 Prince Harry and Meghan Markle are reportedly banking on scoring a special holiday invite from the Queen herself at her Scotland estate of Balmoral later this year to keep their brand up in the US, as per a royal expert quoted by The Daily Star.

Royal commentator Neil Sean took to his YouTube channel soon after the Sussexes stint at the Queen’s Jubilee earlier this month, and said that despite getting snubbed at the festivities, Harry and Meghan could still be hopeful.

As per Sean: “There could be good news on the horizon because as we know, our wonderful monarch likes to holiday up in one of her favourite homes, Balmoral…”

“It’s the time of year where our monarch likes to invite members of her family to come and spend time with her. They don’t all come at once, they come when they’re invited at segregated times,” he continued, before getting to his main point.

Sean then explained: “Even though Harry and Meghan didn’t manage to get that endorsement that they could allegedly need in order to make sure that their brand stays on track across the United States of America, they’re hoping for a holiday invite.”

It is pertinent to mention that Prince Harry and Meghan have previously turned down the Queen’s invitation to Balmoral once before, in 2020, on account of their son Archie’s young age at the time.

It was also reported that Meghan turned the invitation down because she’s averse to hunting and shooting, a mainstay at Balmoral.

But, according to Sean: “It doesn’t matter whether you are related to the most famous woman in the world, if you need to get your brand back on course, particularly with the market that requires it the most – the United States of America – then you may just forgo things those terrible woke things that you always shout about when you’re on a Zoom call or giving a public speech.”

It, however, remains unconfirmed whether the Queen will actually extend an invite to the Sussexes this year.