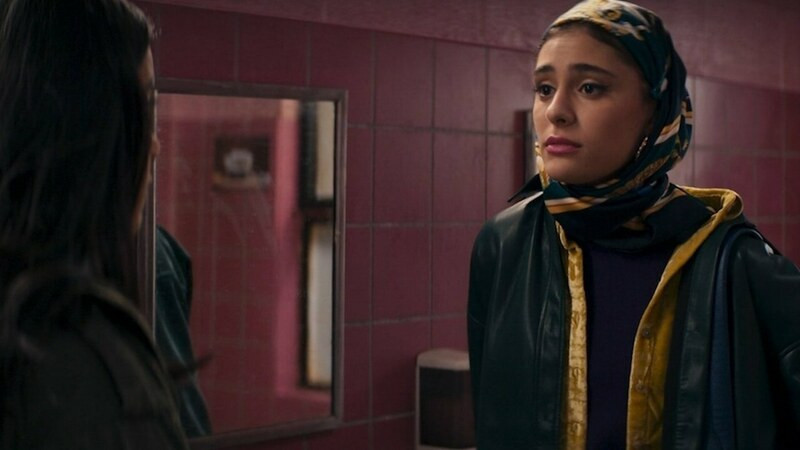 A major concern everyone had with Marvel creating a series on a Pakistani-American superhero was representation. After years of being misrepresented with accents, clothing, language, people had doubts whether this will end up promoting an oppressed, stereotypical representation of Pakistani Muslims.

But Ms Marvel came through. Not only did it cast people who look the part but included the ones who have lived experiences to drive the show towards its most authentic display. Social media users were pretty satisfied with how desis and Muslims look on screen but the biggest feat for Ms Marvel is to show a hijab-wearing girl and not make her story about the piece of cloth she dons over head— unlike every other show.

Nakia, Kamala Khan’s friend, wears a hijab without feeling pressured or hindered by it. Her identity is not a veil-wearing teenager but instead the focus is on the friendship the duo shares. However, thanks to all other shows, the first concern is whether the girl is bothered by her headscarf. Ms Marvel takes a stand here in the most sensitive way and shows a scene where Nakia herself explains how she’s proud of her hijab.

The scene really stood out for people and especially the character for owning up to her religious beliefs. It’s good to see stories about brown bodies being narrated by them only and not through the eyes of what mainstream media demands – and desi Twitter has lauded the creators for it, and asked Netflix to “take notes.”

Another user wrote, “I loved the hijab conversation. Hijab is a struggle every day even though I wear mine with pride.”

Loved the hijab conversation. Hijab is a struggle every day even tho I wear mine with pride.

Partition conversation touched a nerve because it was a dark time in human history and the impacts are still being felt today. Using it as a plot device seems wrong #MsMarvel

A tweep highlighted all the scenes, from “shoe stealing at mosque” to “wudu” to the “hijab conversation”, that have so far resonated with them in the miniseries.

However, some people did not appreciate that a non-Turkish actor was chosen to play Nakia as well as the character’s change in ethnicity to match the actor. In Ms Marvel, Nakia’s character is half-white while in the comics, she is entirely Turkish. “This role should have been given to a Turkish hijabi Muslim, not a half-white Christian.”

If you’re going to do a show with the hopes of bettering the representation in the MCU, with the idea that representation matters, why change the ethnicity of a character to match the actress?

This would have been an amazing opportunity for Turkish hijabi women in the industry.