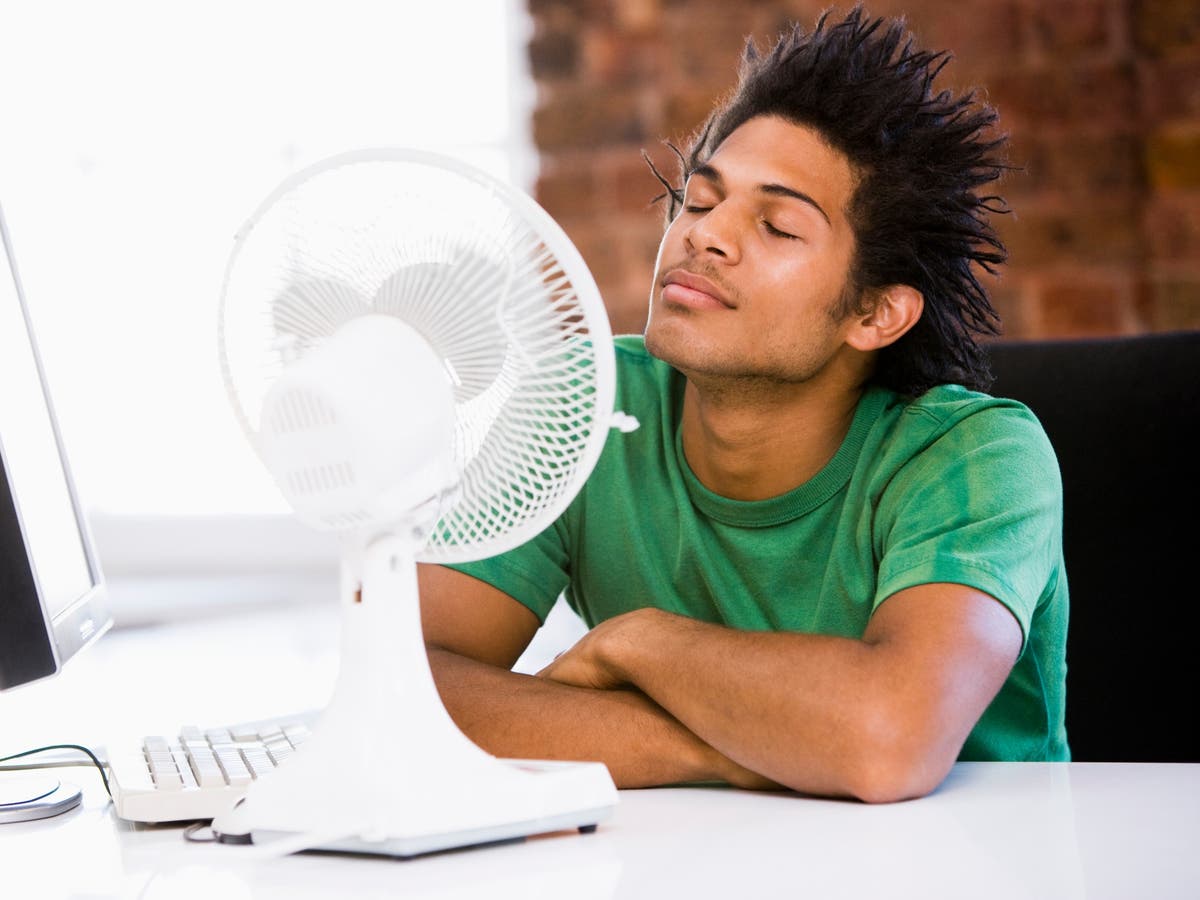 The Met Office has issued an alert for Friday and Saturday this week, with temperatures expected to soar to 34C.

Met Office deputy chief meteorologist Dan Rudman said: “Temperatures will continue to rise as we go through the week, becoming well above-average by Friday when many parts of the southern half of the UK are likely to exceed 30C and may even reach 34C in some places.”

But how hot does it need to be before workers should be sent home by their employers?

Here’s everything you need to know:

The guidance on workplace temperatures

Employers have a legal obligation to ensure that the temperature in the workplace is “reasonable”, as outlined by the Workplace (Health, Safety and Welfare) Regulations 1992.

Not only do they have a responsibility to maintain a suitable temperature for their employees, but it’s also their duty to ensure that the air is clean and fresh.

While there isn’t a maximum temperature for the workplace as laid out by the government, efforts have been made in the past to put one into place.

In 2006, the Trades Union Congress (TUC) released a briefing that highlighted the temperatures that it believes should be maintained in various workplaces as a matter of health and safety.

The TUC stated that it believes a maximum temperature of 30C should be set by employers, with a maximum of 27C put into place for those doing strenuous work.

The TUC added that employers should still aim to keep temperatures below 24C and note if employees express discomfort over the temperature.

The government has stated its recommended minimum temperatures for employees, with the Health and Safety Executive (HSE) recommending a minimum temperature of 16C for workers and 13C for those carrying out manual work under its Approved Code of Practice.

Despite the fact that a maximum temperature in the workplace hasn’t become legalised in the UK, there are measures that employees can utilise if they’re of the opinion that their workplace has become too hot to handle.

What to do if your workplace is too hot

The government recommends that employees speak to their bosses if the temperature in their workplace is uncomfortable.

According to the Advisory, Conciliation and Arbitration Service (ACAS), employers should carry out a risk assessment for the health and safety of their workers in order to determine whether the workplace is a safe environment in which to work.

The HSE states that employers must take six factors into account when assessing whether their workplace is a safe.

These factors are: air temperature, radiant temperature, air velocity, humidity, what clothing they wear and the average rate at which they work.

The HSE has created a thermal comfort checklist, which it recommends employers ask employees to fill out in order to determine whether they’re experiencing thermal discomfort.

If a worker ticks two or more of the “yes” options on the checklist, then they could be at risk of thermal discomfort.

In this case, employers may need to carry out a more detailed risk assessment of the workplace.

It is ultimately up to the employer to decide whether the circumstances aren’t suitable for work.

However, it also depends on what kind of environment you work in.

If working outdoors, it’s the employer’s responsibility to introduce rest breaks for their workers and encourage them to hydrate regularly.

Furthermore, for those who typically wear business clothes to work, adopting a more casual dress code could prove essential for the overall wellbeing of employees.

Here are some measures that employees can put into place to keep workplaces as cool as possible:

For all the latest news on the UK weather, click here.