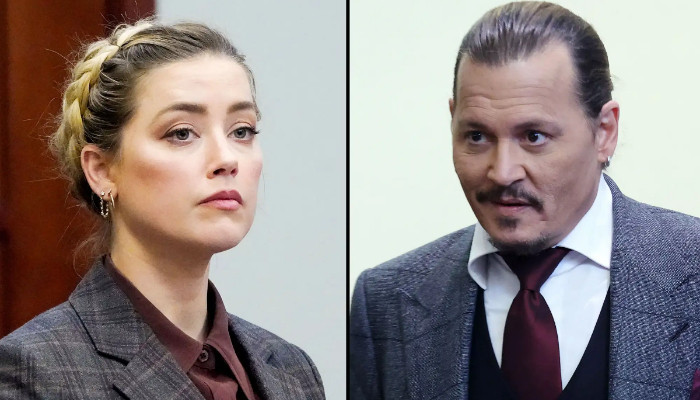 Amber Heard and her team have challenged Johnny Depp to sit down for his own tell-all interview in the wake of their explosive defamation trial which he won and Amber’s subsequent sit-down chat with Savannah Guthrie.

The Aquaman actress gave an exclusive, no-holds-barred interview to Savannah for Dateline, that aired in full this Friday, after losing the multi-million-dollar defamation trial brought against her by Johnny for a 2018 op-ed in which she claimed to be a survivor of domestic abuse.

After snippets from Amber’s interview went viral, Johnny hit back saying that she was ‘reimagining and re-litigating matters’ between them, and now Amber seems to have responded once again, as per Metro.

A spokesperson quoted by the outlet said: “If Mr Depp or his team have a problem with this, we recommend that Johnny himself sit down with Savannah Guthrie for an hour and answer all her questions.”

The statement comes after Johnny’s team stated: “It’s unfortunate that while Johnny is looking to move forward with his life, the defendant and her team are back to repeating, reimagining and re-litigating matters that have already been decided by the court and a verdict that was unequivocally decided by a jury in Johnny’s favor.”

The defamation trial lasted for six long weeks, at the end of which a seven-person jury found Amber guilty of defaming Johnny and awarded him more than $10 million in damages.

Ben Affleck chooses brother Casey over Matt Damon to be his best man?