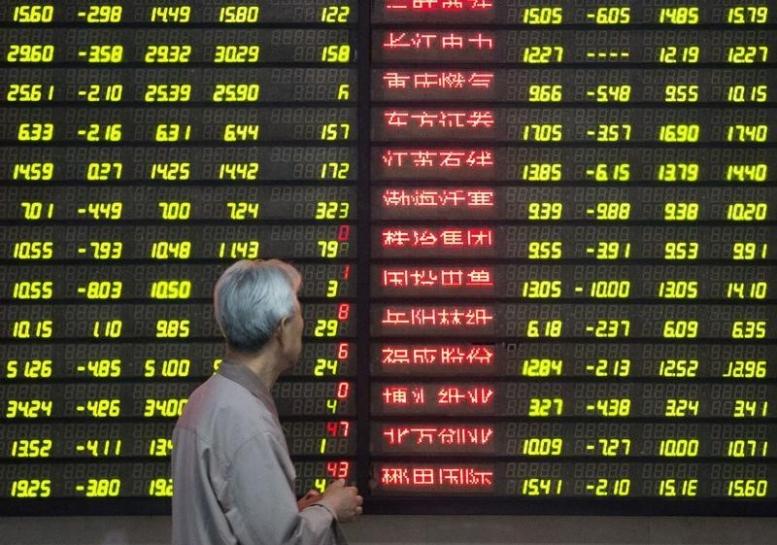 Stocks maintain bullish streak
Benchmark KSE-100 index gains 291.37 points to settle at 41,730.16
OUR CORRESPONDENT
KARACHI
The stock market maintained its bullish streak on Thursday as investors remained optimistic about the revival of International Monetary Fund (IMF) loan programmme after the government increased petrol and diesel prices to Rs234 per litre and Rs263 per litre respectively.
In addition, the likely amendments to the tax relief plan proposed for the salaried class in the budget in order to meet the IMF’s conditions raised hopes of investors about the IMF programme, resulting in a bullish close of the market.
Furthermore, Pakistan government signed debt service suspension agreements amounting to $197.5 million, which aided the gains and supported the benchmark KSE-100 index in maintaining the uptrend throughout the session.
Earlier, trading began on a positive note but the index hit an intra-day low at 41,322.89 points in initial hours. However, soon bulls pushed the index upwards and it remained on an uptrend throughout the session, touching an intra-day high at 41,764.19.
At close, the benchmark KSE-100 index recorded an increase of 291.37 points, or 0.7%, to settle at 41,730.16 points.
Topline Securities, in its report, said that Pakistan equities continued the previous day’s positive momentum where the benchmark KSE-100 index settled at 41,730 (+291 points, or 0.70%).
After a sideways opening, the stock market spiked, touching an intra-day high of 325 points at 41,764 due to the steps taken by the government like increase in petrol and diesel prices to record highs at Rs234/litre and Rs263/litre respectively, coupled with the amendments proposed to the tax relief provided to the salaried class in order to meet the IMF’s conditions, Topline said.
Initial gains were aided by the exploration and production (E&P) sector on the back of rumours regarding circular debt payment as Hub Power Company, Oil and Gas Development Company, Pakistan Petroleum Limited and Pakistan Oilfields cumulatively added 117 points to the index, the report said.
Around 162 million shares were traded at the bourse while the total value came in at Rs4.78 billion. Worldcall Telecom was the volume leader with trading in 21.55 million shares.
A report of Arif Habib Limited stated that the PSX continued its positive momentum as investors’ confidence got a boost after the government announced a further increase in fuel prices in order to move in line with the IMF programme.
The KSE-100 index stayed in the green zone throughout the day. Activity remained healthy across the board as the cement sector was in the limelight due to the price increase in the northern region, the report said.
The index closed at 41,730.16 points, up 291.37 points (+0.70% day-on-day).
Sectors contributing to the performance included E&P (+63.7pts), power (+55.8pts), cement (+53.7pts), fertiliser (+49.3pts) and oil marketing companies (+35.4pts).
Volumes increased from 141.7 million shares to 162.2 million shares (+14.4% DoD). Average traded value increased by 0.3% to $23 million as against $22.9 million.
Stocks that contributed significantly to the volumes were WorldCall Telecom, Oilboy Energy, Maple Leaf Cement, Pakistan Refinery and Cnergyico Pk.
JS Global analyst Sara Saeed said that the KSE-100 index continued its recovery trend and closed at 41,730, gaining 291 points day-on-day. “Participation remained dull throughout the trading session,” she said.
Market volume stood at 162 million shares where WorldCall Telecom (-3.4%), Oilboy Energy (+99%), Maple Leaf Cement (+3.7%), Pakistan Refinery (+0.9%) and Cnergyico Pk (-0.4%) were the volume leaders.
“Going forward, we recommend investors to wait for clarity on the economic front and avail any downside as a buying opportunity,” the analyst said.
Overall trading volumes increased to 162.2 million shares compared with Wednesday’s tally of 141.7 million. The value of shares traded during the day was Rs4.8 billion.
Shares of 336 companies were traded. At the end of the day, 173 stocks closed higher, 134 declined and 29 remained unchanged.
WorldCall Telecom was the volume leader with 21.6 million shares, losing Rs0.05 to close at Rs1.42. It was followed by Oilboy Energy (R) with 11.4 million shares, gaining Re1 to close at Rs2.01 and Maple Leaf Cement with 10.2 million shares, gaining Rs0.99 to close at Rs27.73.
Foreign investors were net sellers of Rs186.9 million worth of shares during the trading session, according to data compiled by the National Clearing Company of Pakistan.