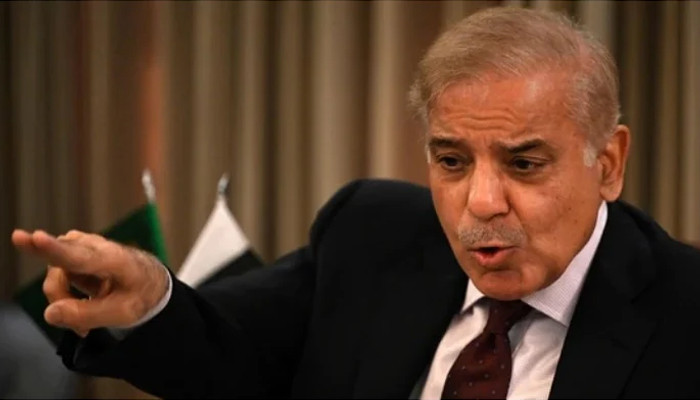 Prime Minister Shehbaz Sharif on Thursday promised the nation that his government would release “details soon” regarding the previous PTI regime’s deal with the International Monetary Fund (IMF).

His message on Twitter comes a day after the government raised fuel prices by as much as nearly Rs60, with petrol reaching Rs233.89 — unprecedented in the country’s history.

“Acutely aware of the impact that a fuel price hike causes. Govt is left with no choice but to raise the prices due to IMF deal that PTI govt signed. Will take the nation into confidence on the specifics of the IMF-PTI deal soon,” wrote the prime minister.

“We will get out of these economic difficulties, InshaAllah,” he added.

PM Shehbaz followed by criticising the past government’s handling of negotiations with the global lender, saying: “I wonder whether those who struck the worst ever deal with IMF and took patently bad economic decisions have the conscience to face the truth. How can they pretend to be innocent when what the nation is going through is clearly their doing?”

The surge in prices, although a highly unpopular move that has the nation fuming, had been a key demand of the IMF for a long time.

Finance Minister Miftah Ismail on Monday said that if the government does not abolish the subsidies on petroleum products by July (in effect raising the prices), then the country will default.

Speaking on Geo News programme “Capital Talk”, the finance minister said the IMF has “insisted” on abolishing the subsidies on petroleum products.

In a bid to bring economic stability and revive the stalled multi-billion-dollar IMF programme, the government had increased the price of petrol by a whopping Rs60 per litre last month.

In July 2019, Pakistan had signed a 39-month, $6 billion Extended Fund Facility with the IMF. It received disbursements of about $3bn but further tranches were stopped when an agreement could not be reached with the previous government. The lender had expressed concerns over the status of some of its objectives, including fiscal consolidation.

IMF’s resident representative on Monday said that additional measures will be needed to bring Pakistan’s budget for FY2022-23 in line with the key objectives of its IMF programme.

The next tranche that Pakistan is to receive upon a successful review is $900 million, and a green light from the IMF would also open up other global funding avenues.

Pakistan urgently needs funds in the face of dwindling foreign exchange reserves, which have reached $9.2 billion — enough for less than 45 days of imports.

Pakistan unveiled a Rs9.5 trillion budget for 2022-23 on Friday, aimed at tight fiscal consolidation in a bid to convince the IMF to restart the much-needed bailout payments.

“Our preliminary estimate is that additional measures will be needed to strengthen the budget and bring it in line with key program objectives,” Esther Perez Ruiz told Reuters.

Finance Minister Miftah Ismail told Reuters on Saturday that the IMF had expressed concerns about the budget numbers, including fuel subsidies, a widening current account deficit, and the need to raise more direct taxes.

He, however, added that his government was confident they could adjust the budget to bring the IMF on board and was hopeful of securing a successful review this month.

“Discussions with the authorities continue to obtain more clarity on certain revenue and spending items and allow for a full assessment,” Ruiz said.

She said the fund was ready to continue to support the authorities’ efforts and in the implementation of policies to promote macroeconomic stability.