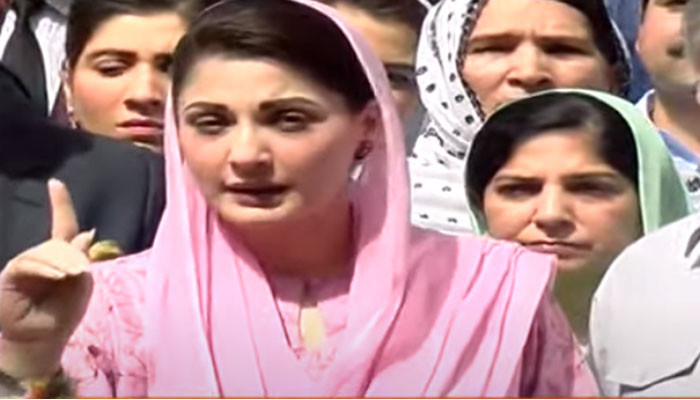 ISLAMABAD: PML-N Vice President Maryam Nawaz said on Thursday that the former governments tell people about their achievements when they leave but “ex-ministers tell the people that Imran Khan laid landmines for the incumbent government.”

Maryam said that the Shehbaz-led government hasn’t increased a single penny in the petrol price or tax by its own will. It is due to the same contract that the former government made with the International Monetary Fund (IMF), she said.

She said that the former government didn’t know how to run the economy but when they ruined it and ran out of money, they risked the entire country and its economy to take loans from IMF.

“This forced the incumbent government to take such decisions because it is bound by the contracts Imran Khan made,” Maryam said.

She said that Pakistan will default if the incumbent government doesn’t follow the contract.

“When Imran Khan realised that his government will not survive any longer, he damaged Pakistan so much that it will take months to recover if not a year,” she said.

She said that Imran Khan’s government reduced petrol prices knowing that Pakistan can bear the burden.