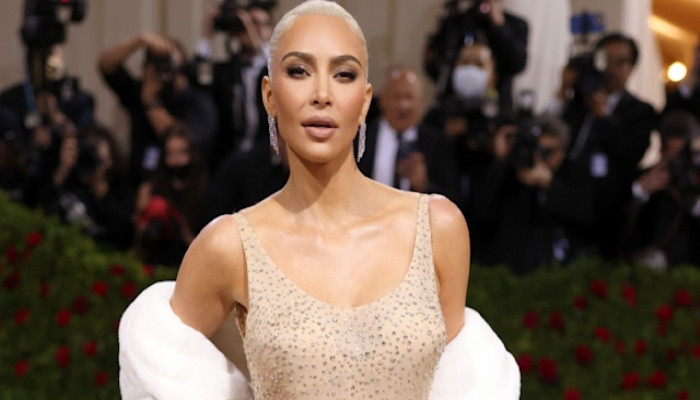 Kim Kardashian has landed herself into hot waters again as new pictures show additional damage made to the iconic, vintage Marilyn Monroe’s 1962 gown, which the reality TV star wore at the 2022 Met Gala.

The nude-colored vintage outfit, designed by Jean-Louis, was acquired by Ripley’s Believe It Or Not Museum in 2016 for US$4.8 million (£3.8 million), and appears to have suffered tearing on one of its straps and sleeves.

The latest photographs, shared by collector Scott Fortner via his blog and social media, showed damage to the back of the dress, including stretched fabric and missing crystals.

The Kardashian starlet wore Monroe’s famous ‘Happy Birthday Mr President Dress’ in early May, when she walked the red carpet at the 2022 Met Gala.

She later changed into a replica for the rest of the evening. The US museum and Kardashian have come under fire for the state of the dress following the reality star’s appearance in it.

Meanwhile, Fortner, who assists in authenticating and verifying Monroe memorabilia, told the media that Ripley’s Believe It Or Not had been “irresponsible” to loan the dress out.

He said: “It’s unclear to me what the motivation was other than publicity.

“This is a cultural icon. It’s a political icon. It’s a Hollywood icon. It’s part of American history from an event that happened 60 years ago and… it should have been archived and preserved and taken care of,” Fortner added.