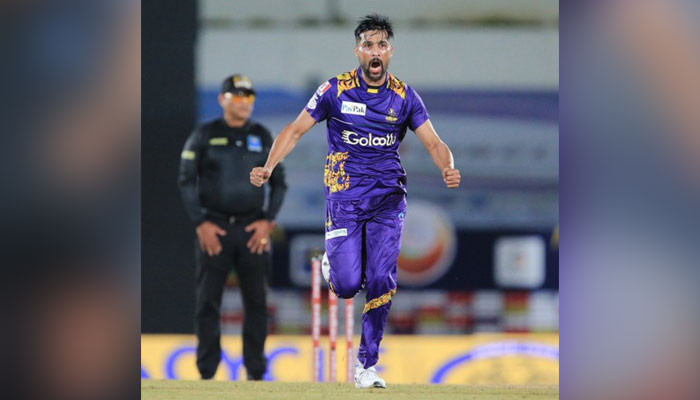 Amir has been signed as a replacement player for fellow countryman Naseem Shah.

Shah, who represents the county, declared his unavailability due to commitments back home. According to an announcement by Gloucestershire County, the 30-year-old left-arm fast bowler will be available for selection for the county’s remaining T20 Vitality Blast matches.

“The club is awaiting clearance for Mohammad Amir to play from the Pakistan Cricket Board, but this is expected imminently,” the statement said.

Gloucestershire Cricket Performance Director Steve Snell said that the team is delighted to have Amir back again and is hoping that his experience will be beneficial for the county in the T20 blast campaign.

“He’s a proven international performer and to have his experience available to us for the remainder of the blast will be invaluable. He has spent a lot of time with us this season and he knows the environment well, so for him to join us at this time will greatly help as we look to kick on for the second half of the T20 Blast campaign,” said Snell.

Amir was earlier signed by Gloucestershire for three first-class matches as a cover player after Naseem Shah got injured. He could play only two matches.

This will be Amir’s first stint in the T20 blast since 2019, he last played in the tournament for Essex.

Amir’s last T20 appearance was in Sri Lanka Premier League last year when his side Galle Gladiators played the final. He missed this year’s Pakistan Super League due to injury.

The U.S. already won a World Cup in 2022: inside the brilliant world of CP soccer