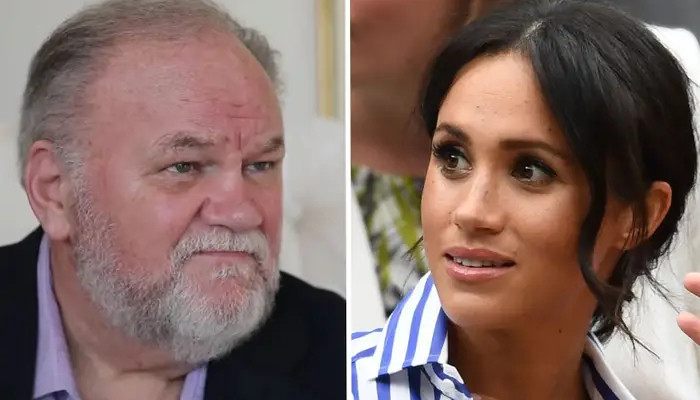 Meghan Markle’s estranged father, Thomas Markle Sr, has opened up on claims that he planned to meet her and Prince Harry at the Queen’s Jubilee before his plans were ruined due to a stroke.

Thomas was due to visit the UK for the Queen’s Platinum Jubilee celebrations, during the same time as his daughter Meghan and her husband, Prince Harry, would be there for the same reason; it marked the Duke and Duchess of Sussex’s first trip to the UK with their children, Archie and Lilibet, since 2020.

However, Thomas had an ‘almost-fatal’ stroke just before the Jubilee weekend, ruining his plans to travel to the UK.

Talking to Insider about the same, Thomas said: “I had a stroke and was unable to attend the Jubilee and I am still recovering, but it was my intention to come to pay my respect to the Queen, the royals, and the British people.”

“I was invited to the Jubilee by Dan Wootton and Lady Colin Campbell and other friends in Britain. I did not plan on seeing my daughter and Harry,” he clarified.

Earlier, before suffering a stroke, Thomas had said on his YouTube channel on May 21, “I don’t think we’ll bump into each other, I don’t think we’ll go to the same places, but I’m sure there’ll be times when there will be glances between myself and my daughter and my son-in-law, and we’ll just have to play it by ear.”