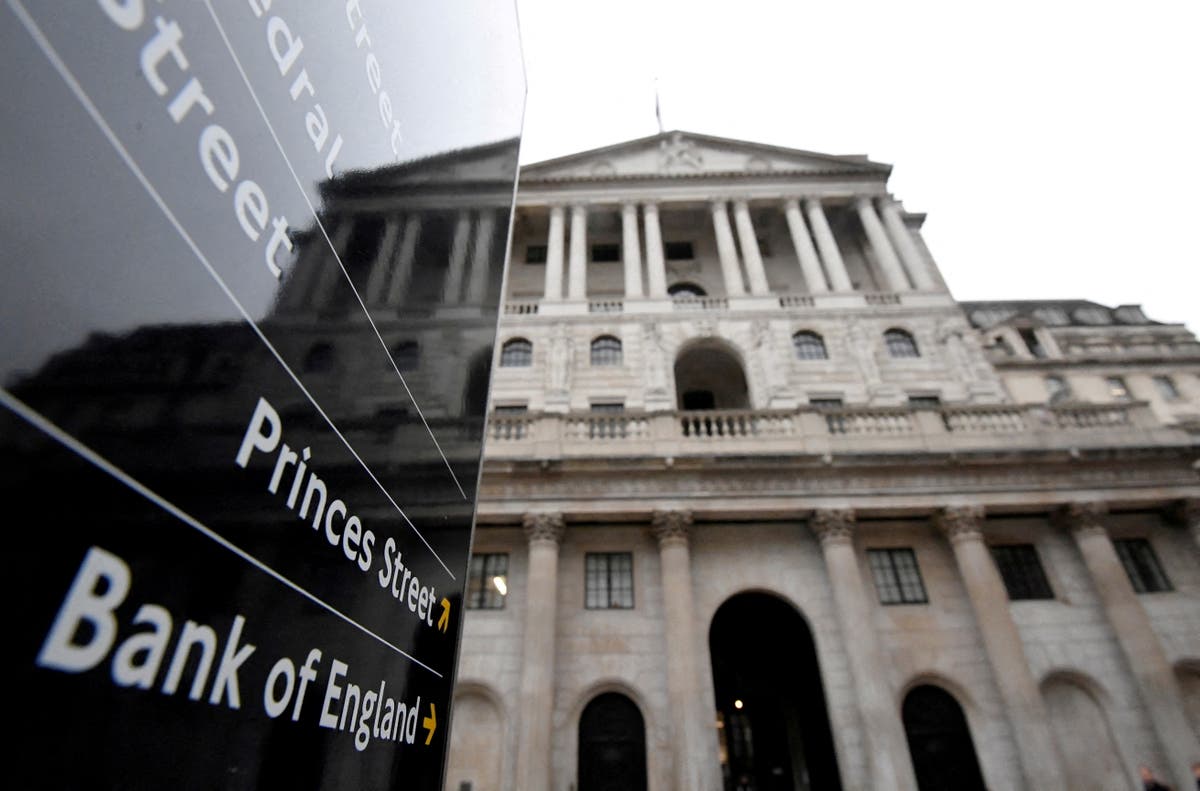 The Bank of England has hiked the base interest rate to 1.25 per cent, the highest rate in thirteen years.

The Bank’s monetary policy committee announced the decision on Thursday in a bid to temper rising inflation and tackle poor economic growth.

This is the fifth rise in a row and takes the base interest rate from 1 per cent to 1.25 per cent.

Inflation jumped to 9 per cent in the twelve months up to April, a rise of two per cent from March.

Higher fuel and food prices, driven by the war in Ukraine, have also been pushing up the cost of living.

“The scale, pace and timing of any further increases in Bank Rate will reflect the Committee’s assessment of the economic outlook and inflationary pressures,” the Bank of England said in a statement.

“The Committee will be particularly alert to indications of more persistent inflationary pressures, and will if necessary act forcefully in response.”

The Bank of England’s decision to hike the key rate to 1.25 per cent trails behind action taken by the US’s Federal Reserve on Wednesday. The Fed raised its benchmark rate from 1.5 per cent to 1.75 per cent.

“It is quickly becoming apparent that more radical action is needed for the Bank of England to establish some sense of stability, because tinkering around the edges simply isn’t cutting it,” Michael Hewson, chief market analyst at CMC Markets UK, said in a note to clients.

Three of the nine-person monetary policy committee voted for an even bigger hike on Thursday, arguing that rates should rise as high as 1.5 per cent.

“In view of continuing signs of robust cost and price pressures, including the current tightness of the labour market, and the risk that those pressures become more persistent, the committee voted to increase Bank rate by 0.25 percentage points,” it said.

Commenting on the rates hike, head of research at the British Chambers of Commerce, David Bharier, said: “While expected, the decision to raise the interest rate will add further concern to businesses amid a weakened economic outlook, soaring cost pressures and labour shortages.

“The increase signals the Bank’s intention to tackle inflation but businesses have been raising the alarm about spiralling prices since the start of 2021 and a higher interest rate is unlikely to address many of the global causes of this.”

In its reports on Thursday the Bank also downgraded its forecast for gross domestic product (GDP) for the second quarter of the year. GDP is now expected to drop by 0.3 per cent across the quarter, weaker than anticipated around a month ago.

It is the only time since records began in 1694 that the base interest rate has been set at 1.25 per cent. In February 2009, the rate was lowered from 1.5 per cent to 1 per cent, skipping the step in between.

Labour shadow chief secretary to the Treasury, Pat McFadden, said: “Many families will be worrying about the impact this will have on their household bills.

“We need a plan for a stronger, more stable economy, that can weather the short-term issues and fix the foundations for the long term.”