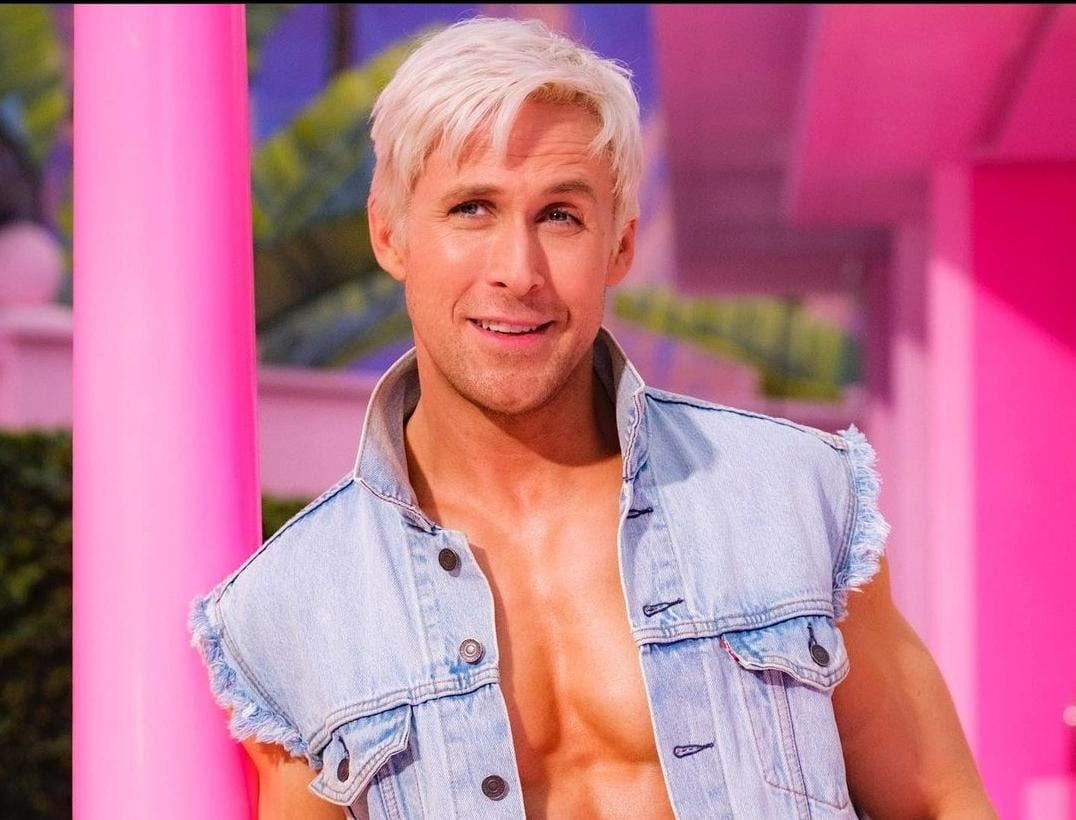 Blonde hair, eight pack abs, a sleeveless stone-washed denim jacket, and a sly dreamy smile. Ryan Gosling makes a perfect Ken for Greta Gerwig’s much anticipated Barbie movie. Anyone who remembers the classic Barbie movies and books from the ‘80s would instantly recognise the look– and that’s how nostalgic and accurate Gosling’s first look as Ken is.

The first live-action feature movie about the iconic and controversial doll has been in development for quite some time, initially at Sony with Anne Hathaway and Amy Schumer circling the lead role before the project segued to Warner Bros. Australian actor Margot Robbie is now playing the lead while also producing the Mattel film under her LuckyChap Entertainment production banner along with LuckyChap’s Tom Ackerley. Riding in a pink car across a pink driveway, Robbie’s first look, which was released last month, had her glowing in blonde hair and a blue bandana.

Barbie also features Will Ferrell, Simu Liu, America Ferrera, Kate McKinnon, Michael Cera, Issa Rae also starring. Gerwig and Noah Baumbach co-wrote the screenplay. The team has been tight-lipped about the plot of the story, but we’re expecting nothing typical from Gerwig, given her track record as director.

Alas, we now have a date to set our clocks to! 60 years after the iconic doll’s introduction, Barbie the film will hit the big screens on  July 21, 2023, the studio said today during its CinemaCon session in Las Vegas.