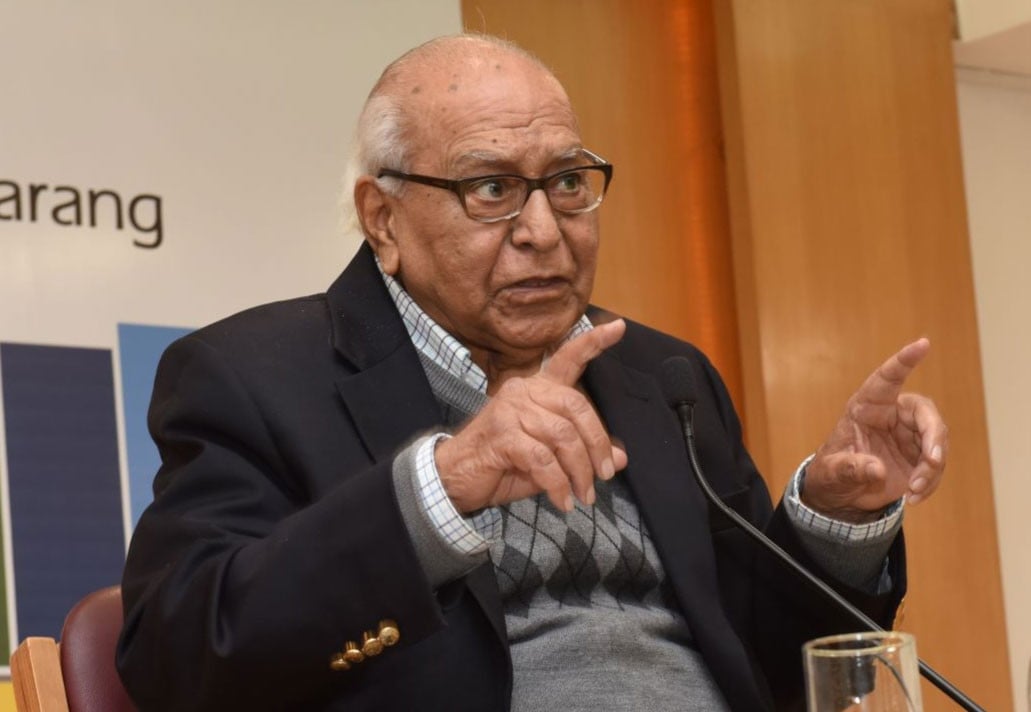 Distinguished Urdu scholar Professor Gopi Chand Narang passed away on Wednesday at Charlotte in North Carolina, US, after a brief illness, his son confirmed to The Hindu. The famous poet was 91 and is survived by his wife, Manorma Narang, and his sons Arun Narang and Tarun Narang and grandchildren.

This year, several Urdu magazines have published many issues to celebrate Professor Narang’s life and his contributions to literature. Many leading media organisations, such as Doordarshan and BBC, have produced rare recordings and documentaries on his work and services.

Dozens of books and dissertations have been published offering critical appreciation and evaluation of his work. Working with Surinder Deol, author and literary translator, Professor Narang published English translations of his major works on Mir Taqi Mir, Ghalib, and Urdu Ghazal in recent years.

While he has received the title of Padma Bhushan in India, he has been awarded numerous prizes and awards in Pakistan as well. Professor Narang was conferred with Sitara-i-Imtiaz in 2012. Until a few months ago, he was the president of Sahitya Akademi, which is dedicated to the promotion of Indian literature in the 24 languages of India.

“Prof Gopi Chand Narang is a distinguished theorist, literary critic and scholar whose perceptive writings containing the fruits of a focused critical acumen have helped theory-avoidance Urdu criticism in getting itself extricated from the bonds of theme-centred evaluation,” the Akademi said in one of its profiles of Narang.

“Far from treating criticism as a casual activity, Professor Narang has made a seminal contribution in developing an epistemological and theoretical framework of literary evaluation by roping in stylistics, structuralism, post-structuralism and Eastern poetics with remarkable thoroughness and imagination,” it added. 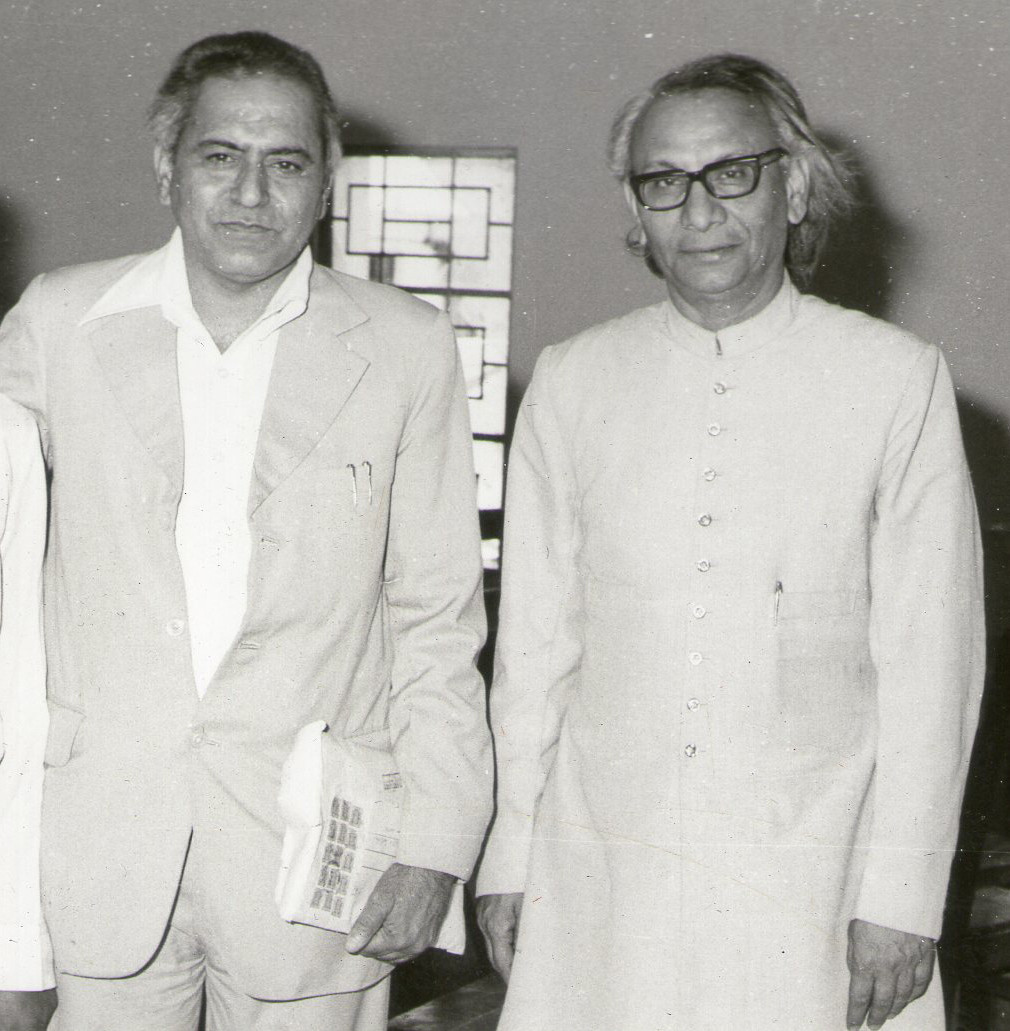 Speaking about the late scholar, a distinguished novelist and short story writer Intizar Husain once stated, “When he comes to Pakistan, Professor Gopi Chand Narang represents India in one piece. I can’t say this about anyone else. When he occupies the stage, we feel that India in its entirety is addressing us.”

About the late scholar 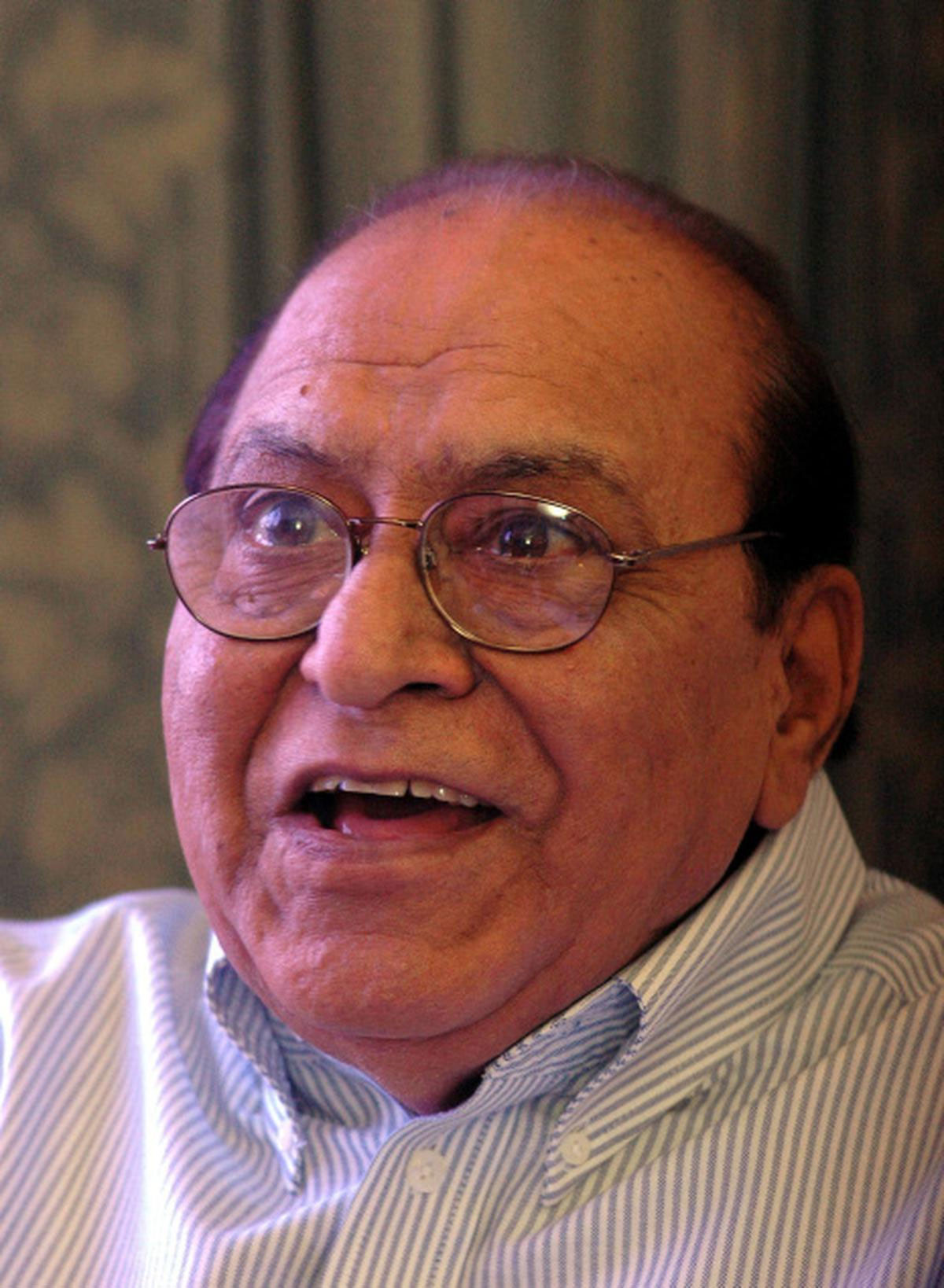 Professor Narang was born in 1930 in the small town of Dukki in Baluchistan, located on the border between Pakistan and Afghanistan. After earning his doctoral degree in Urdu literature from Delhi University in 1958, Professor Narang took an academic position at St Stephens College in Delhi, which proved to be a segue to a permanent place in the Urdu Department of Delhi University in 1959.

He did stints as a visiting scholar in several foreign universities, including Wisconsin University at Madison, Minnesota University in Minneapolis and Oslo University in Norway. From Delhi University he moved to Jamia Millia Islamia University where he headed the Urdu Department.

He held the Professor Emeritus position at Jamia Millia and Delhi University. In addition to teaching, Professor Narang was Vice-chairman of the Delhi Urdu Academy (1996-1999) and the National Council for Promotion of Urdu Language – HRD (1998-2004) and Vice-president (1998-2002) and President (2003-2007) of the Sahitya Akademi.

Many took to Twitter and expressed grief over Professor Narang’s passing away. “Sad to know that the top Urdu scholar Gopi Chand Narang left us during this US visit, and we cannot have a dialogue with him. My heartfelt condolences to Manorama Ji, the other family members and all of our common friends. Om Shanti!” a user penned.

Another one added, “Professor Gopi Chand Narang is no more. Professor Sahab was an Indo-Pakistani theorist, literary critic and scholar who wrote in Urdu and English.”

Professor Gopi Chand Narang is no more. 🥲💔
Professor sahab was an Indo-Pakistani theorist, literary critic and scholar who wrote in Urdu and English. pic.twitter.com/e0XzlKe1mK

One more tweep shared, “Passing away of Great Urdu writer, critic and linguist Prof Gopi Chand Narang is an irreparable loss to Urdu and all Indian languages. It’s the end of a great chapter of writings in Independent India. A personal loss to me, as he was a family friend for decades.”

Sad to know about the demise of Prof Gopi Chand Narang, well known Urdu scholar and author. Always an animated conversationalist, with a deep understanding of the history of languages. RIP.

A tweet read, “Gopi Chand Narang, one of the foremost Urdu scholars, critics and theorists is no more. The 91-year-old Gopi Chand Narang breathed his last in the US earlier today. His Urdu literary criticism has incorporated theoretical frameworks including stylistics, structuralism, post-structuralism, etc.”

#GopiChandNarang, one of the foremost Urdu scholar, critic and theorist is no more. 91 year old Gopi Chand Narang breathed his last in US earlier today. His Urdu literary criticism has incorporated theoretical frameworks including stylistics, structuralism, post-structuralism etc pic.twitter.com/HojZtOU0EK

One user penned, “Sad to know about the demise of Prof Gopi Chand Narang, well-known Urdu scholar and author. Always been an animated conversationalist, with a deep understanding of the history of languages. RIP.”

Sad to know about the demise of Prof Gopi Chand Narang, well known Urdu scholar and author. Always an animated conversationalist, with a deep understanding of the history of languages. RIP.

All India Radio, too, announced his demise on Twitter. “One of the most respected Urdu critics, theorists and linguists Prof. Gopi Chand Narang passes away. He was 91,” the tweet read.