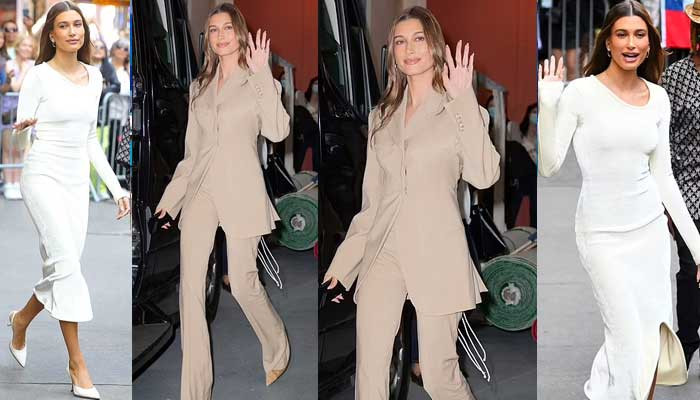 Hailey Bieber has opened up about her husband Justin Bieber’s face paralysis and also reflected on her own mini stroke that ‘brought them closer’.

The 25-year-old model, during her appearance on Good Morning America on Wednesday, revealed that recent medical scares just months apart have brought her and husband Justin closer together.

The model added. ‘He’s feeling a lot better. And obviously it was just a very scary and random situation to happen, but he’s going to be totally okay. And I’m just grateful that he’s fine.’

Talking about how she is doing after undergoing surgery to close a hole in her heart, she said: ‘I feel a lot better after that situation, I feel good. You know I had a procedure done to close this hole in my heart. And I’m just giving my body the time to heal and recover. I’m not having to be on any medication anymore so I feel good.’

When asked about how they both handled their health scares so close to one another, Hailey explained: ‘And I think that the silver lining of it honestly is that it brings us a lot closer, because you’re going through it together, you’re there for each other, you’re supporting each other, and there’s just something that really bonds you through, through these times.

Hailey Bieber is currently on the promotional trail for her new beauty line while her husband Justin Bieber deals with his recent health battles.