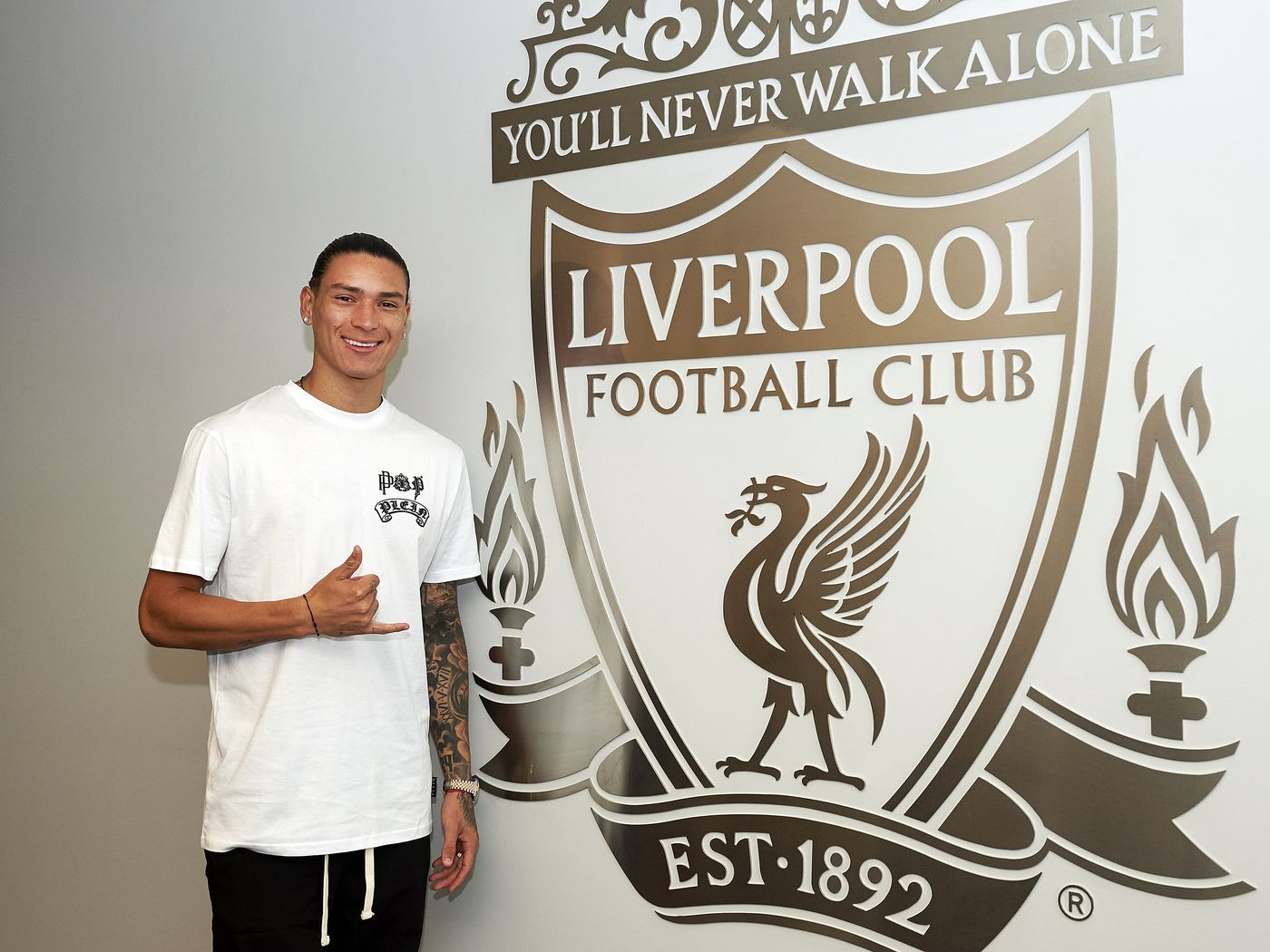 
Darwin Nunez vowed to write himself into Liverpool’s history after securing a move from Benfica on Tuesday for a fee that could rise to a club record 100 million euros (£85 million, $105 million).

The Champions League finalists have splashed an initial 75 million euros on the 22-year-old, with an extra 25 million in performance-related add-ons according to figures released by Benfica.

That could take Nunez’s move beyond the £75 million Liverpool paid for Virgil Van Dijk in January 2018 and make him the fifth most expensive transfer in Premier League history.

The Uruguayan scored 34 goals in 41 appearances last season, including twice against Liverpool in the Champions League quarter-finals.

“I’m really happy and delighted to be here at Liverpool. It’s a massive club,” Nunez told the Liverpool website.

“When I arrived at the training ground, I was really surprised to see the set-up and the structure and all the trophies here.

“You can then imagine yourself winning more trophies and then later on when you come here again and see the trophies on display, you can say, ‘Look, I was a part of that, I was there at that time, winning trophies’.

“That’s one of the reasons why I came here to Liverpool – to win trophies and titles.”

Luis Diaz made a huge impact in the second half of last season after a January move from Porto, while Diogo Jota has scored 34 goals in the past two seasons.

Sadio Mane, Mohamed Salah and Roberto Firmino, who have fired the club back to winning major honours under Klopp, are all out of contract in 2023.

Mane has expressed his intention to leave the Reds during the summer transfer window.

Liverpool have reportedly rejected two bids from Bayern Munich as they hold out for a fee above £40 million for the Senegal forward.

Egypt star Salah has stated his intention to stay next season without committing to a future deal as talks over an extension have stalled.

Firmino is keen to stay beyond his current deal, but the Brazilian fell down the pecking order at Anfield last season due to a lack of form and fitness.

Liverpool narrowly missed out on an unprecedented quadruple of trophies last season.

Klopp’s men lifted the League Cup and FA Cup, but lost out on the Premier League title to Manchester City by one point and were beaten 1-0 by Real Madrid in the Champions League final.

City have already signalled their intent to maintain their dominance of the Premier League under Pep Guardiola by beating Europe’s top clubs to the signature of prolific Norwegian striker Erling Haaland from Borussia Dortmund.

Liverpool will hope Nunez can match Haaland’s impact as they aim to take the title off City next season.