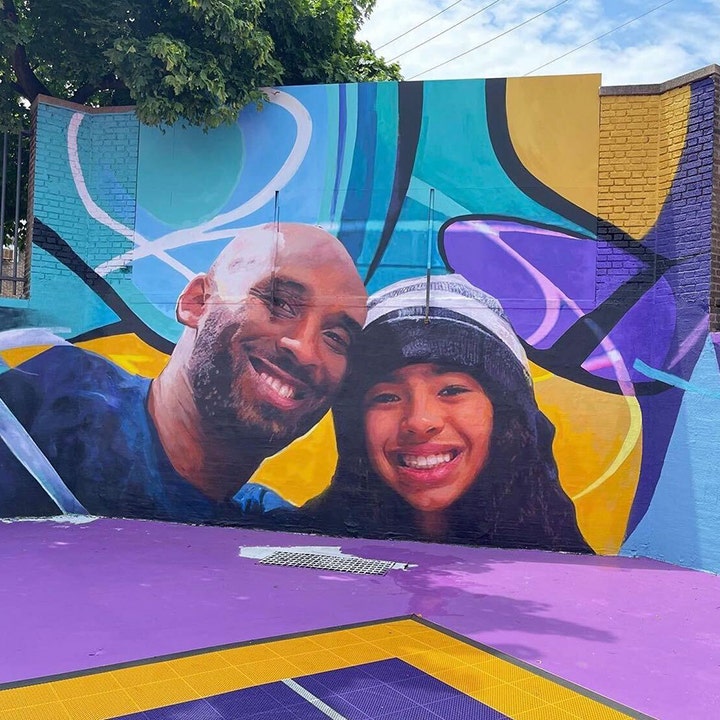 Bryant, a Philadelphia native, was a frequent visitor of Tustin Recreational Playground, according to Fox 29.

Vanessa Bryant and her daughters, Natalia, 19, Bianca, 5, and Capri, 2, were on site for the unveiling of the new Dream Court along with partner, Nancy Lieberman Charities’ Dream Courts.

The initiative focuses on improving outcomes for underserved youth in areas of education, health, wellness, career and life.

“I chose this location so that young people in this community may have a safe space to play with equal opportunity which was important to Kobe and Gianna,” Vanessa wrote on Instagram.

Kobe Bryant, one of the greatest NBA players of all-time and a superstar Lakers player who transcended sports, died at 41 in a helicopter crash in Calabasas, Calif. on the day of the 2020 Grammy Awards along with eight others including his 13-year-old daughter Gianna.
(AP)

She also expressed gratitude to the City of Philadelphia and Mural arts.

Kobe and his daughter, Gianna, were among nine people killed in the fatal helicopter crash in California in January 2020.

The latest Kobe and Gianna Bryant Dream Court is one of many basketball court installations led by Nancy Liberman Charities and The Mamba & Mambacita Sports Foundation. The first Dream Court opened in Anaheim last month.

The Los Angeles Lakers legend was inducted into the Hall of Fame back in May 2021.