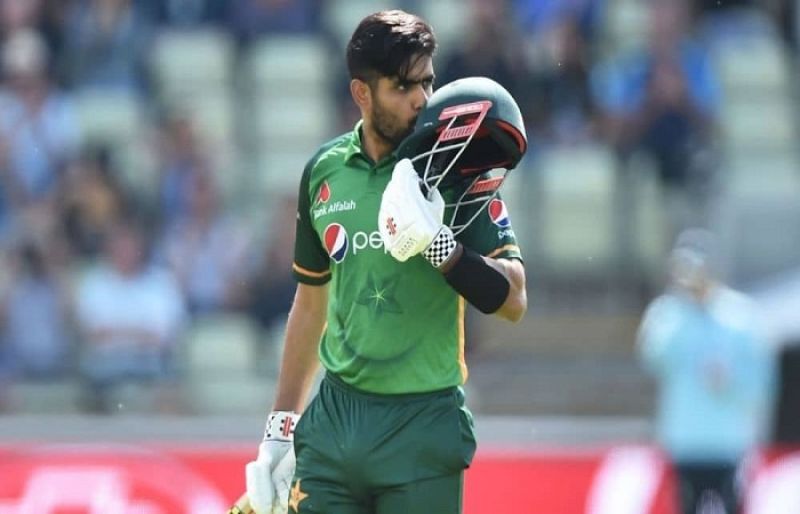 High-flying skipper Babar Azam hopes that his extraordinary run-scoring can fire Pakistan to World Cup glory — and in the process fulfil a childhood dream.

The 27-year-old is in the form of his life across the three formats of international cricket and last week became the first batsman to hit three consecutive centuries on two separate occasions in ODIs.

But Babar told AFP that his prolific form will count for little if it does not bring success at the T20 World Cup in October in Australia and the 50-over showpiece in India next year.

“No doubt I am enjoying my form,” top-order batsman Babar, who is ranked number one in the world in both ODIs and T20 Internationals, said in emailed comments.

“But with this form my prime goal is to win the two World Cups for Pakistan in the next one-and-a-half years and if that happens I will feel that my runs are worth gold.” The man dubbed ‘King’ featured in two junior World Cups in 2010 and 2012, scoring most runs for his country on both occasions, but Pakistan failed to win the titles.

Right-handed Babar fired a match-winning hundred against eventual runners-up New Zealand at the 2019 ODI World Cup but Pakistan failed to qualify for the semi-finals.

They fell to eventual champions Australia in last year’s T20 World Cup semi-finals in the UAE despite Babar again excelling with the bat.

Babar learnt the game in the streets and grounds of Lahore at the age of 12.

“When I started playing cricket as a schoolboy the target was to play international cricket for Pakistan, become the world’s top batsman in such a manner that it helps my team to win all the titles,” he said.

His father Azam Siddique has always been his number one fan and crucial support.

“I was crazy about cricket in my childhood and noticing that passion my father backed me,” recalled Babar.

His grassroots journey to the top included being a ball boy during a Pakistan-South Africa Test in Lahore in 2007, when Babar’s dream came true when he saw his idol A.B. de Villiers up close.

“When I was a kid I used to follow A.B. de Villiers,” said Babar of the South African great regarded as one of the best batters in modern cricket.

“I liked the way he used to play the ball on the up. It was delightful for me so I developed that and it helps me get even with the bowlers.”

Babar attributes extensive preparation and belief to his success.

“Nowadays international cricket is so tough and players are so skilled that if you don’t prepare well, you can’t compete.

“The first and foremost thing is that you have to have belief in yourself and with that mindset I get into the middle and bat with a positive and aggressive intent.

“I always want to dominate the opponents, and that pays off.

“When you score runs, not only the world acknowledges and fans are enraptured, it also motivates the whole team and they also aim to contribute.”

Babar became all-format skipper in 2019, but rather than weigh on him, he enjoys setting an example.

“As captain I want to take the challenge because I am at the front. If I am in front, only then my team will follow me and that is the same with run scoring,” he said.

“If I am scoring runs then other batters will follow and get inspired, but there is always room for improvement so I want to improve my finishing and that is important as captain.”

Babar’s baptism at international level, against Zimbabwe in 2015, coincided with the gradual return of international cricket to Pakistan, having been suspended over terrorist attacks on the Sri Lankan team in 2009.

“It’s a great feeling playing at your home grounds and before your own fans,” said Babar.

“That gives me a double dose of energy and I aspire more and more wins for Pakistan.”