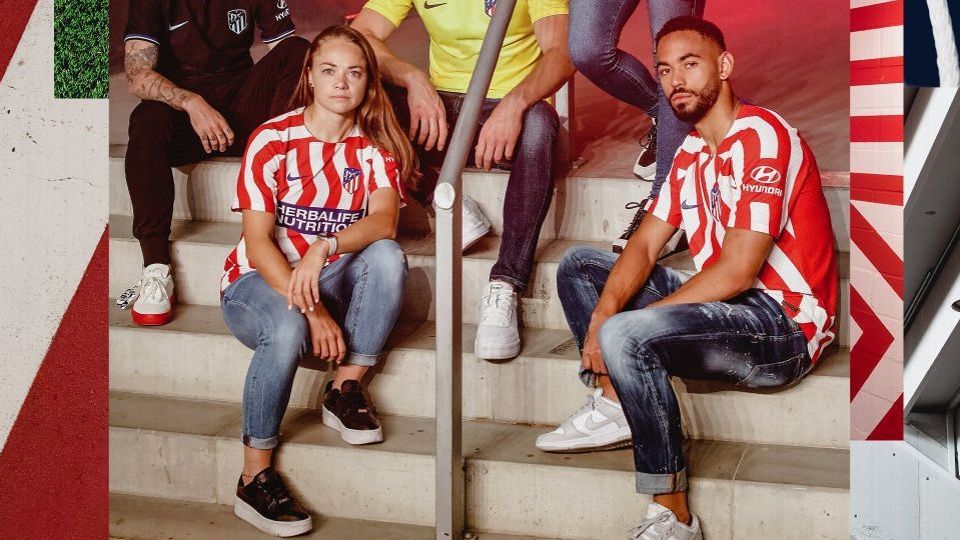 Atletico Madrid have unveiled their new kit for the 2022-23 season and its new design has provoked a negative reaction from many fans.

The new home jersey, that will go on sale on July 16, has been criticised for veering away from the traditional stripes.

Designed by Nike, the red and white shirt is “inspired by the meanders of the Manzanares river where the club’s former stadium, the Vicente Calderon, was located.”

– Preseason schedule: When, where, who Europe’s top clubs will play
– Stream ESPN FC Daily on ESPN+ (U.S. only)
– Don’t have ESPN? Get instant access

“The stripes should be vertical and not curvy,” Alberto Garcia, spokesman for the International Union of Atletico’s Supporters’ Clubs, said.

“We understand that there is the issue of fashion and design, but we have right to express our opinion.

“This shirt doesn’t represent Atletico. From the start we said we didn’t like the jersey.

“We don’t understand why the club turns its back on the fans. We’ve asked to have a meeting with them.

“Perhaps the best way for the fans to protest is not to buy the jersey.”

Atletico fans took to Twitter to give their verdict.

Among the messages posted on the comment section were: “A tribute to ugliness,” “You are going to break the record for the least sold jerseys” and “I have a glimmer of hope that the jersey will look better on the players.”

Atletico, who finished third in LaLiga behind Real Madrid and Barcelona, have yet to announce who the main sponsor of the men’s first team will be for the upcoming campaign.