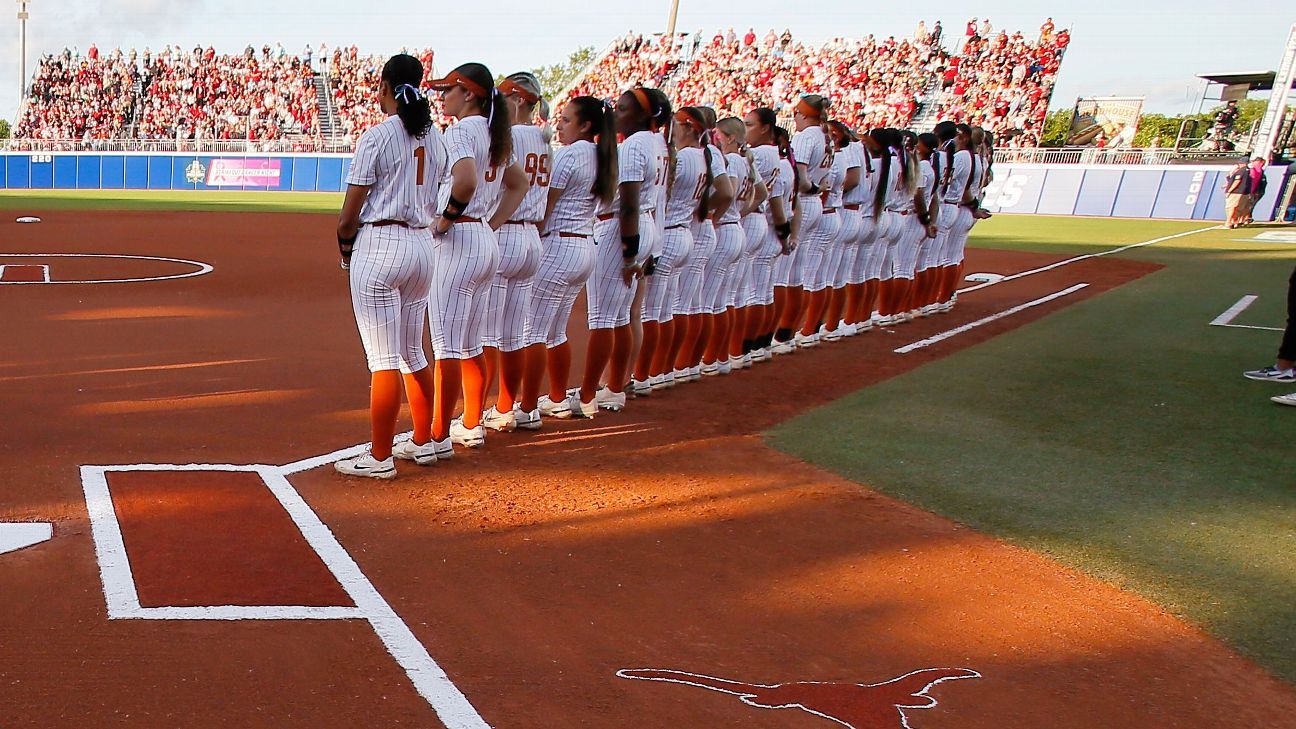 Zach Collier, a 27-year-old U.S. history teacher in the Dallas-Fort Worth area and a Texas A&M alumnus, posted this week on Facebook that his performance was nixed.

Collier also posted screenshots of emails purportedly from the College World Series of Omaha, Inc., which said it was contacted by the NCAA because “we have documented proof that he made offensive gestures and mockery of a participating team … and we do not feel comfortable allowing him to perform.”

Collier told ESPN on Tuesday that he’s been singing the anthem at sporting events for the past 10 years, including at several Texas A&M sporting events when he still lived in College Station, along with Houston Astros and Texas Rangers games. He said he understood why someone might take offense to the gesture during an anthem performance.

“I’m a neutral party and showing my support or lack of support for a certain team after the anthem, I can see how somebody could be upset with that,” Collier said. “But the reason I posted wasn’t because I was upset that they said, ‘Hey, you shouldn’t have done that.’ It was because they called the Horns Down an offensive gesture. They said I mocked the other team. Those words specifically, are why I posted about it. Saying that I’m making a mockery of a participating team because I put a Horns Down is ridiculous.”

An NCAA spokesperson confirmed Tuesday that Collier’s appearance was canceled after the incident.

“The performance of the national anthem during NCAA championship events is a solemn moment for reflection and mutual respect for all championship participants and fans in attendance,” the NCAA said in a statement. “Following his national anthem performance during the Women’s College World Series — during which the performer inappropriately supported one participating team, taunted the other team, and disrupted participating student-athletes and coaches by attempting to interact with them — he was asked not to perform during the Men’s College World Series.”

Collier said the extent of his interaction with any of the players was saying hello to an Oklahoma State player standing next to him at home plate, speaking for a mutual friend, and that the player said hello in return. He did say a Texas assistant mentioned to “keep those Horns up,” but that he laughed and walked off afterward.

Collier said he is still surprised by the reaction and said he considers the gesture just part of the array of hand signs for Texas schools like A&M, Texas or Texas Tech. As a result, he said his issue was that the NCAA considered the Horns Down offensive.

“Absolutely not,” he said. “I believe it’s part of the rivalry. It’s part of college sports. I don’t believe the Horns Down is any more offensive than a Gig ‘Em or a Hook ‘Em or a Wreck ‘Em.”

Collier, whose wife is a TCU graduate, performed the national anthem at the NCAA baseball super regionals in College Station twice, once for a TCU-Louisiana game, during which he was decked out in TCU gear to support his wife’s team. He said he also sang the anthem before Texas A&M’s game against TCU, during which he changed into all Aggies attire. He said he heard a few questions from the TCU dugout about his flip-flopping when he walked by, but that it was all in fun, especially since TCU eliminated Texas A&M from the postseason the previous three times they met.

In Oklahoma City, Collier said he felt it was more of the same environment.

“I’m an Aggie; Texas was playing,” Collier said. “I was going to give them a ‘Go Pokes’ and then a Horns Down after the anthem. And that’s exactly what I did. And three hours after I sang the anthem, I got an email saying that I wasn’t scheduled to sing for the Men’s College World Series anymore.

“I responded saying, ‘What unsportsmanlike behavior are you referring to?'” he said.

The contact at the CWS responded with the NCAA’s comment and a picture of him on the field making the gesture.

Collier admitted he’s disappointed to miss his chance to sing before Game 9 in Omaha, his scheduled spot that he landed after an audition process where he made the cut from what he was told were more than 100 applications from 17 states. But he added he has no regrets despite missing out on the Aggies making their first trip to Omaha since 2017.