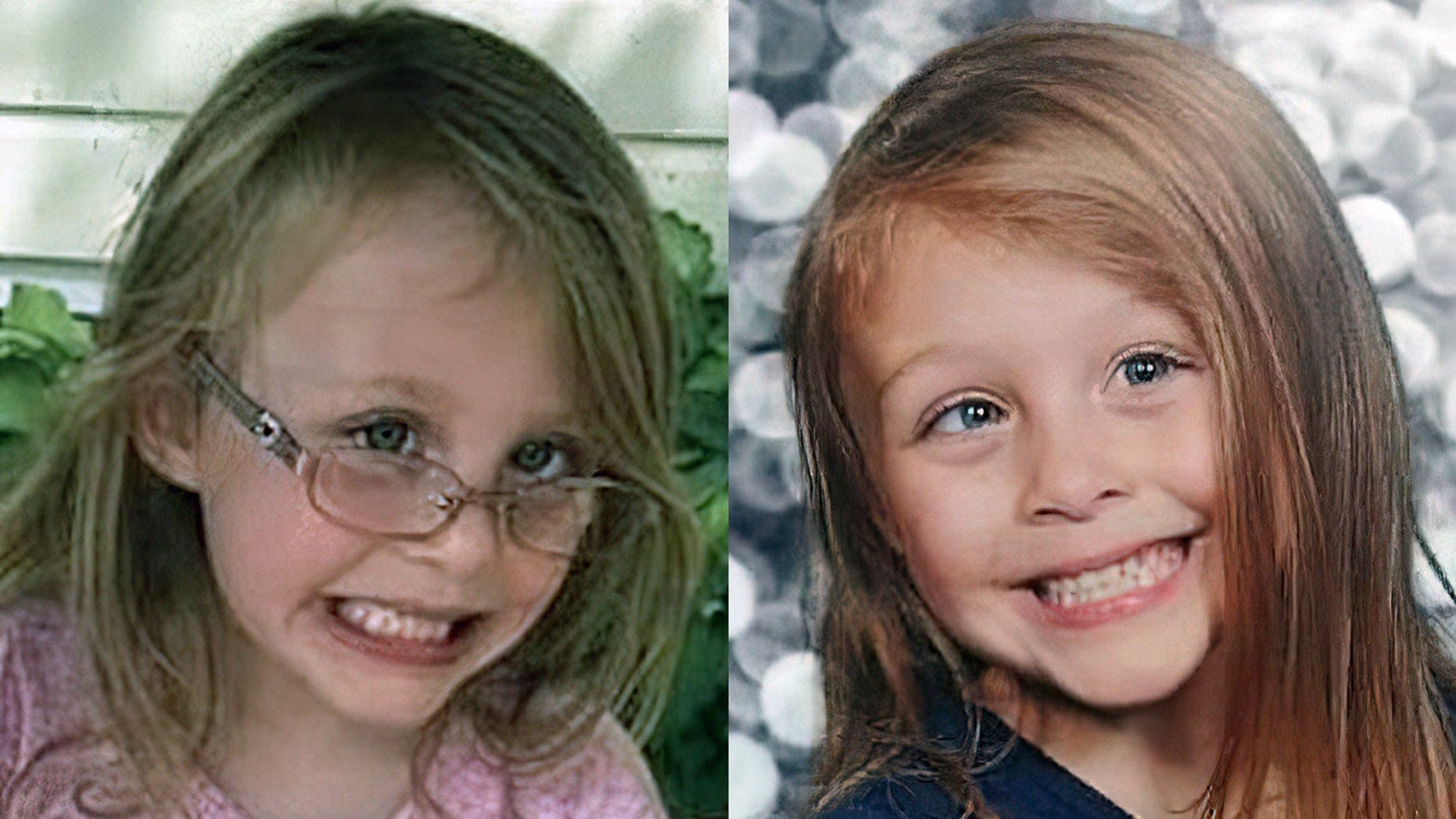 Police returned to the former New Hampshire home of missing Harmony Montgomery Tuesday as part of a months-long search for the girl’s whereabouts, according to the state attorney general.

In a joint statement, New Hampshire Attorney General John Formella, Manchester Police Chief Allen Aldenberg, U.S. Marshal Enoch Willard, and FBI Boston’s Special Agent in Charge Joseph Bonavolonta said an interagency team would return to the home where Harmony had lived with her father and stepmom before her disappearance in Manchester, New Hampshire.

“644 Union Street is a focus of the investigation as it is a location where Adam and Kayla Montgomery previously lived,” the law enforcement officials said. Police have previously searched the address on multiple occasions.

Harmony Montgomery, 7, was reported missing two years after she was last seen.
(National Center for Missing and Exploited Children)

It was not immediately clear whether any new evidence led them back to the scene, and authorities said they were not ready to release further information.

The home is currently occupied by new tenants who are cooperating with the investigation, and officials asked the public to respect their privacy.

Harmony is about 4 feet tall and weighs around 50 pounds. She has blonde hair and blue eyes. Because of visual impairments, she should be wearing glasses. She’s blind in her right eye.
(Manchester Police Department)

Harmony, now 8, went missing from her father’s custody in 2019, according to authorities, but a missing person report wasn’t filed until late last year when her noncustodial mother learned she had never been registered to attend school in her father’s hometown.

Adam Montgomery, the father, has been held without bail since January on child abuse and other charges in connection with the case. His estranged wife and Harmony’s stepmom, Kayla Montgomery, has been charged with fraud and other charges after allegedly collecting food stamps in the girl’s name for months after she last saw her and again for lying to the grand jury.

Adam Montgomery, a violent ex-con and drug addict, had claimed he last saw Harmony after giving her over to her biological mother, Crystal Sorey, around Thanksgiving 2019 – a story police have dismissed as false. He has been charged with child abuse for allegedly giving the girl a black eye before she went missing and accused of stonewalling investigators as they continue to search for the missing child.

A Massachusetts court’s decision to grant him custody of the girl despite his criminal past prompted a state review and calls for reform in how the state handles child welfare cases. New Hampshire authorities have also called for reforms.

Michael Ruiz is a reporter for Fox News Digital. Story tips can be sent to michael.ruiz@fox.com and on Twitter: @mikerreports