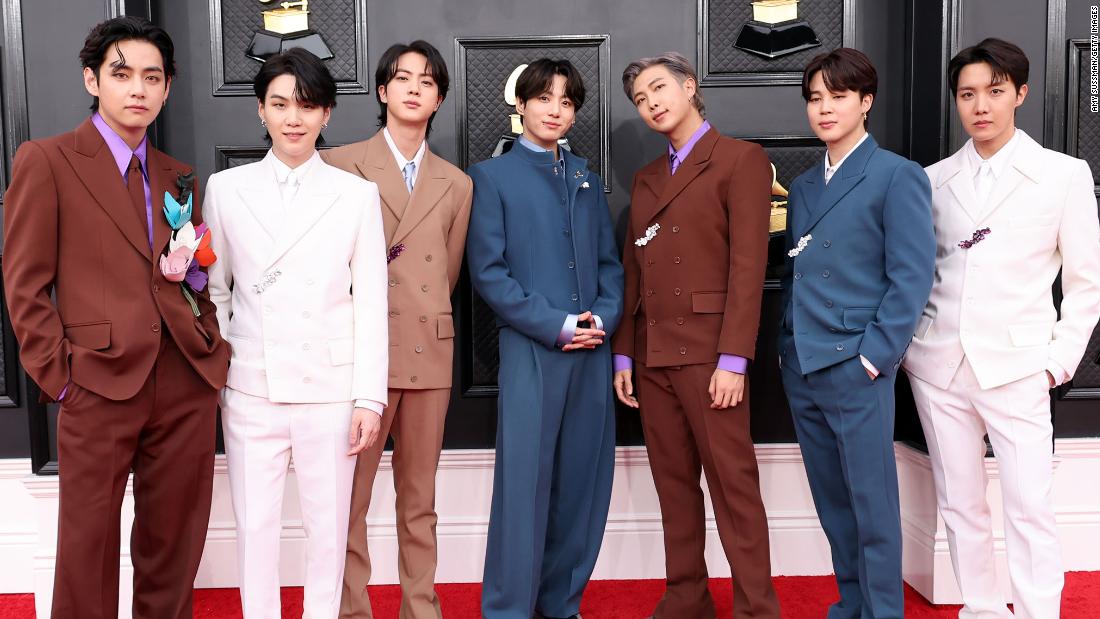 The massively popular performers made the announcement in a video during their “Festa dinner,” celebrating the band’s ninth anniversary.

“We’re going into a hiatus now,” Suga said. However a representative for the group told CNN, “To be clear, they are not on hiatus but will take time to explore some solo projects at this time and remain active in various different formats.”

“The problem with K-Pop and the whole idol system is that they don’t give you time to mature. You have to keep producing music and keep doing something. And after I get up in the morning and get makeup done there’s no time left for growth,” group member RM said.

“In the past, I could still balance working on music alone and doing our group promotions but now I cant do them together. It’s impossible, it just won’t work. I can’t be doing group stuff and then suddenly turning the focus to my own work like flipping a switch,” RM continued. “I realized I need time on my own.”

He added that he realized BTS had changed during the Covid-19 pandemic, when they released hit singles like “Dynamite”, “Butter” and “Permission to Dance”.

“I think 90 percent of our fans would root for us no matter what kind of music or direction we choose,” V said. “J-Hope told me this before, we could focus on our solo work this time and later when we gather again as a group that synergy will be like no other.”

“We can’t help but think of our fans no matter what. I think now, finally, we’ve come to think about what kind of artists we want to be remembered by our fans. I think that’s why we’re going through a rough patch right now. We’re trying to find our identity and that’s an exhausting and long process,” Jimin added.

“I think that change is what we need right now,” J-Hope said. “It’s important for BTS to start our second chapter.”

The group’s worldwide recognition grew in 2018 with their albums “Love Yourself: Answer” and “Love Yourself: Tear.” They’ve also had giant hits through successful collaborations with Coldplay, Halsey, Ed Sheeran and other artists.

During an interview in 2020 with CNN, J Hope described the group’s approach to their careers.

“We don’t try to set our standards to define success because if you set those standards, it is very tiring physically and mentally to reach those goals,” J-Hope said. “Instead, just trying hard at what we do in our lives and emotions and staying true to that. And this eventually leads to a lot of success. That’s what I’m trying to do. And by doing that, trying to stay true to ourselves.”

BTS has been frequently compared to The Beatles, even breaking one of the English rock band’s records with three Billboard No. 1 albums in a single year.

Their devoted fan base calls themselves the “BTS Army,” propelling their music and coming to their defense on social media in 2019 when the group was shut out from Grammy nominations. They have been nominated for two Grammy Awards for best pop/duo performance.